On Thursday, when Jim Hendren, a long-time Arkansas state senator, declared he was leaving the GOP, it marked the latest in a series of recent party defections.

Republicans who left the party are "kind of in the wilderness" 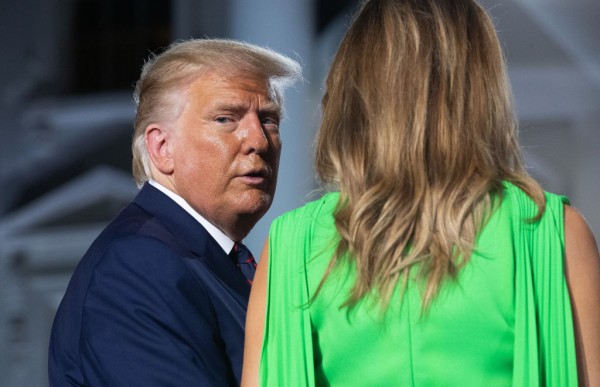 Weeks after the riot at the Capitol, tens of thousands of Republicans around the nation have changed their registrations. Many of them being independents, including Hendren. Other former party members are discussing the formation of a new party. But if the reasons for the Republicans to leave the GOP are clear, mostly distrust for former President Donald Trump and his tight grip on the party, the sobering fact facing them, on the other hand, is that there is nowhere to go.

According to Politico on MSN, it is not an excellent ideological match for the Democratic Party, which tends to step leftward. Many who wish to struggle to recapture the GOP are vastly outnumbered from within. It takes enormous amounts of money to create a third party from scratch and navigate a thicket of challenging state laws created primarily by the two political parties.

"Right now, everyone's just trying to figure out how to unify what a small fraction of the Republican Party is, what do we do with it," said former Rep. Joe Walsh of Illinois, who unsuccessfully challenged Trump for the Republican presidential nomination. "And it's tough to start a third party." Walsh added that he and others who have left the GOP are 'somewhat in the wilderness.'

This is the affliction of the post-Trump GOP for a small but powerful segment of the Republican Party: Republicans who break from the former president are not just on their own. They are under attack from a base that remains steadfastly loyal to him.

Republicans are holding similar conversations nationwide. Earlier this month, a widely publicized meeting was held by Evan McMullin, who ran against Trump as an outsider in 2016, and over 100 other Republicans and former Republican officials and strategists, at which they addressed the possibility of a third party or working inside the GOP as a faction.

Miles Taylor, a former Trump Department of Homeland Security chief of staff who started a group of public officials and other Republicans working against Trump's reelection last year, said he and McMullin, with whom he coordinates, are not "dead on a third party."

What's next to Anti-Trump Republicans after the impeachment?

The loose coalition of Republicans' NeverTrump' that campaigned to defeat former President Donald Trump is now moving to a new and much more challenging goal: trying to purge the GOP of his political style. But on the right way to do so, even if it's possible, there's no agreement, as per News Observer.

Since the 2020 vote, existing and former Republican strategists and politicians who criticize Trump and are now without a natural political home have largely dropped into three camps: changing the GOP from inside, starting a new party, or aligning with moderate Democrats.

The relatively small band of anti-Trump Republicans acknowledge that, regardless of where they fall, combating the man's dominance who is easily now the most influential figure in the GOP. It is much more difficult than merely beating him in an election.

But in the wake of the Capitol riot and the subsequent acquittal of an impeachment charge by the former president in the Senate, they claim that a renewed sense of urgency has been taken up by confronting the Trump alliance. However, they approach the mission in different ways.

According to Al Jazeera English on MSN, dissatisfied Republicans and a group of former 'Never Trumpers' consider forming a new party as the Republican Party is divided over loyalty to former President Donald Trump. After the January 6 Capitol riot, the division among Republicans over Trump intensified, which is evident during the 2020 campaign. Today, the former president has targeted leading Republicans who criticized him during the House impeachment and corresponding Senate trial.