In their new COVID-19 relief bill, House Democrats have included a minimum wage hike, but resistance from some Senate Democrats means it is not at all clear if they will have the votes to pass it.

The improvement in worker pay is unrelated in that it has long been a Democratic priority to raise the minimum wage. It is entirely related to the fact that the COVID-19 economy has damaged low-wage workers, such as those in food service, child care, and home health care who cannot work from home, and more than hurt people who can work remotely. 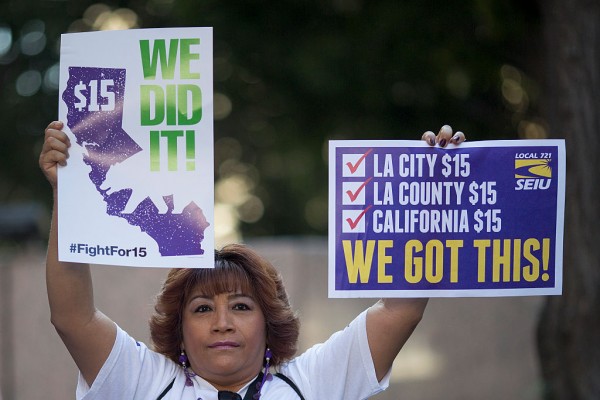 There is also a significant exception to the minimum wage for workers who earn tips, like waiters. For those jobs, the federal wage is just $2.13 an hour.

Although states and cities have significantly increased their minimum wages-in some areas, with voters' passage of ballot measures-more than a decade has elapsed since the federal minimum wage was last raised in 2009.

However, this next section is necessary. Instead of depending on Congress to vote to increase the minimum wage again after ten years or so, a bill proposed by Sanders would mandate the Department of Labor to raise it based on Bureau of Labor Statistics reports per year.

With inflation, a significant majority of the states with a minimum wage greater than $7.25 immediately increase it. Salaries go up on January 1 in 20 states. For employers with 26 or more workers, California has the highest statewide minimum wage of $14 per hour. But San Francisco and other cities in the state have higher wages, as do New York, Seattle, and others.

What to know about people making minimum wage?

The service sector, particularly food service, is the top industry for people earning minimum wages. According to BLS, the states with the greatest percentage of minimum wage jobs are in the South - Louisiana, Mississippi, and South Carolina. Less than 5 percent of employees paying per hour receive minimum wages in the vast majority of states.

Federally regulated $15, many leftists prefer an hour minimum wage because they see it as a step toward a living wage. However, one criticism from the Left is that $15 is not enough, the Washington Examiner via MSN reported.

There is a reason why people like businessman Tom Steyer and Michigan Democrat socialist Rep. Rashida Tlaib say they want to raise the wage above $15 an hour: in areas with a high cost of living, it is not enough to live on without public assistance.

Steyer and Tlaib are correct that $15 an hour is not a living wage in many parts of the country. They are looking at the wrong solution to the issue, however. According to the Congressional Budget Office, raising the federal minimum wage to $15 an hour would eliminate at least 1.3 million jobs. It would disproportionately impact teenagers seeking the opportunity to build work experience for that first job.

Another solution requires a bit of deeper thinking instead of doubling the minimum wage and killing jobs: lowering the cost of living. Conservatives of limited-government can support many policies that do this.