Joe Biden was inaugurated as the 46th president of the United States. His achievement has been remarkable, considering that he was the oldest person to run for president during a pandemic. Millions of Americans were inspired by his achievement for another reason: Biden is stuttering.

Biden was humiliated because he stutters 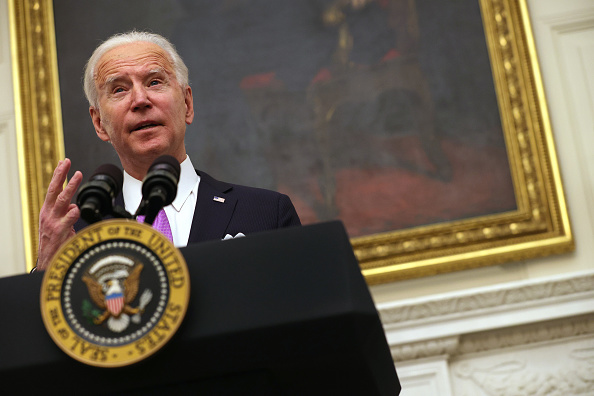 According to GQ Magazine, at least one percent of the global population has a stutter. A person who stutters fears any form of public speaking. People with such conditions tend not to choose fast-talking jobs, such as politicians or lawyers. Therefore, Joe Biden conquered these fears when he became the President of the United States.

President Biden opened about being humiliated in school and how he used to practice more fluent speech. He holds a torch to his face and recites poetry in the mirror. While on the campaign trail last summer, Biden was given talks to the Stuttering Foundation of America. The President took time to and build mutual support with a stuttering 13-year-old Brayden Harrington. Biden says he has developed "an insight he never thought would have had into other people's pain."

Brayden Harrington performed a passage from President John F.Kennedy's speech for millions of viewers during the Wednesday inauguration. However, Brayden is not at ease with public speaking, whose stutter affected his confidence until he met President Joe Biden last February, as per PEOPLE via MSN.

Since then, Brayden received an invitation to speak at the Democratic National Convention. He also appeared on national television and is writing a book to encourage other kids. On August 10, Harrington's "Brayden Speaks Up" will be published.

Biden has been vocal about his stuttering

In February 2020, Biden opened up regarding his lifelong battle with stuttering and offered a personal reflection on how his condition affected him. At the time, Biden said at a  CNN town hall that he "still catches himself stuttering when he is tired."

He explained that stuttering is not about a person's intelligence quotient or intellectual makeup. But Biden said he thinks it is part of confidence, thinking in terms of not rushing. The new President of the U.S. pointed to the Academy Award-winning movie "The King's Speech," about George VI, England's King, who works to manage his stutter. Biden claims he uses the same method in the movie to fix how speeches and accommodate his stutter, as per CNN.

Read also: Did 'The Simpsons' Predict Kamala Harris' Fate as the US vice President? Here's What We Know

Aside from Biden, King George VI feared public speaking. However, Biden is the first to be democratically elected after a long career and campaign of debates, interviews, and speeches. According to GD Magazine, Biden broke the glass ceiling of public office that held back people who stutter for a long time. Aneurin Bevan, the NHS founder, has almost become prime minister of Great Britain in the 1940s.

Stuttering is one of the neurological conditions that has been often misunderstood as people know little about it. This condition is unpredictable, and people fighting with this are ashamed to acknowledge their battle.