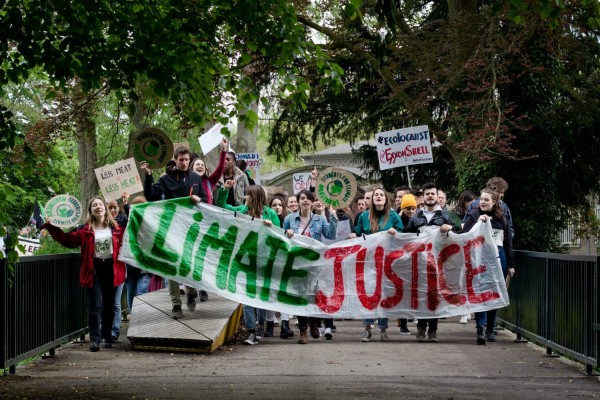 Washington, DC -- A divided U.S. Senate is set to confirm Judge Amy Coney Barretttonight to fill the late Ruth Bader Ginsberg's Supreme Court seat. Barrett has repeatedly refused to acknowledge the reality of climate science, asserting she was not "competent to opine on what causes global warming or not." Barrett's outright climate denial goes against scientific consensus, as well as Americans' beliefs, with seven in ten voters being in strong favor of climate action. Barrett also has close ties to the fossil fuel industry, including her father leading the fossil fuel lobbying group American Petroleum Institute for two decades.

"Amy Coney Barrett's confirmation is a direct assault on our climate and our communities. This push of an anti-choice, anti-equality, anti-healthcare, and climate denier nominee is part of a dangerous strategy to further diminish our democracy, and prioritize fossil fuel executives and corporations, all at the expense of our health and safety.

"If confirmed, Barrett could ram through toxic and unnecessary fossil fuel projects, perpetuating systems of white supremacy, colonialism, and violence that Black, Indigenous, and communities of color bear the brunt of. From her refusal to acknowledge climate science, to her disturbingly intimate ties to fossil fuel groups, we demand Barrett immediately recuse herself of any and all cases concerning climate and the fossil fuel industry."

Barrett's confirmation comes as Tropical Storm Zeta marks the 27th named storm of the 2020 Atlantic and Gulf hurricane season, and days before the eighth anniversary of Superstorm Sandy. One week before the US election, 350 US is getting out the vote, and mobilizing to ensure that every single vote is protected and counted.

Weird Object Sightings Have Increased as the Pandemic Rages, Move Over Bird Watching!