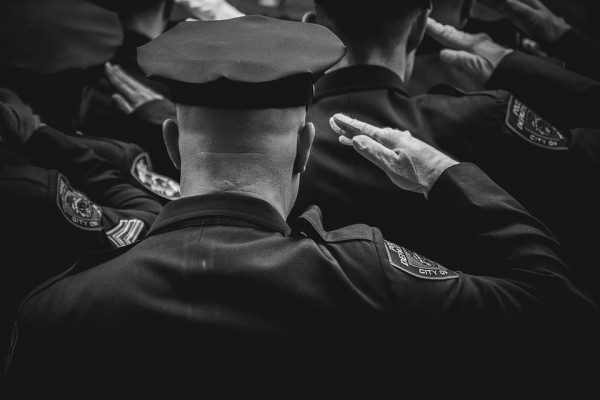 (Photo : pixabay / igorovs)
National Guard that have been deployed amid the coronavirus outbreak.

California, New York, and Washington state deployed National Guards to battle the spread of the coronavirus. The administration emphasized that the deployment of the National Guards is not martial law, President Donald Trump announced on Sunday.

The Federal Emergency Management Agency will shoulder the expenses for the missions to respond amid the coronavirus outbreak, even though the National Guards are under the command of the state governors.

During a White House press briefing, President Donald Trump said, "We're dealing also with other states. These states have been hit the hardest."

Resounding the legislative leader of New York state and the chairman of New York City, who has condemned the president for not acting more forcefully, Trump used martial language during the briefing. In the United States, New York has the most affirmed cases and a large number of death tolls of the coronavirus.

"I'm a wartime president. This is a war - a different kind of war than we've ever had," Trump said.

About 7,300 National Guards are deployed in all 50 different states of Washington and Puerto Rico as of Sunday morning.

Trump said that the government distributed a large number of medical supplies from the national stocks pile to other locations where it is needed the most.

Sanitized n95 masks, gloves, gowns, and hospital beds are included in the medical supplies that will be distributed in the next couple of days.

New York has roughly 15,000 confirmed coronavirus cases, which is higher than 4000 since Saturday, followed by Washington with 1,700 confirmed cases, and California about 1,500 which escalated significantly in the U.S. over the past week. They were the most affected states amid the coronavirus pandemic in the U.S. At least 340 people have died from the coronavirus in Washington state and New York state, most of them are middle-aged adults that are in their 50s.

The National Guards were sent by New York Governor Andrew Cuomo to New Rochelle, the suburb outside of New York City that has an enormous case of the coronavirus. He also encouraged the government to deploy the military to battle the coronavirus pandemic.

According to the COVID Tracking Project, the U.S. conducted 150,000 infections tests in total. Roughly 650,000 people could be infected in a couple of months.

The U.S. government banned group gatherings and instruct people to stay mostly at their home, forty-five states have shut down schools, restaurants, and bars in many areas.

Jeffrey Shaman, a professor of environmental health sciences at Columbia and the leader of the research team, referring to the Spanish flu said, "We're looking at something that's catastrophic on a level that we have not seen for an infectious disease since 1918, and it's requiring sacrifices we haven't seen since World War II. There are going to be enormous disruptions. There's no easy way out."