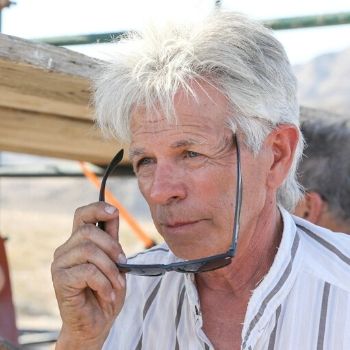 On Saturday, 'Mad" Mike Hughes died when his DIY rocket crashed near Barstow, California on a private parcel of land at 1.52 pm, close to Highway 247, as reported by the San Bernardino County Sheriff's Department.

According to reports, both Mike Hughes and Waldo Stakes were on a cosmic quest to reach space on a cheap budget. They built a steam-powered rocket which will send 'Mad Mike' to 5,000 feet in the air, as related to by the Science Channel that confirmed his demise. One comment about this is stunt, is that it was an event that was the first step to reach space without a large budget.

Freelance Journalist, Justin Chapman informed Associated Press that both he and his wife saw the crash. He assumed that the rocket scraped against the launch support, which might have damaged the parachutes badly. With the chutes damaged the rocket plummeted into the ground, killing Hughes.

One of those present at the accident was Waldo Stakes, who was working with him on the project. He was interviewed by Associated Press concerning the tragic crash. The accident was confirmed by the San Bernardino County Sheriff's Office in an official statement about the failed rocket launch.

According to the official statement of the Sheriff's Aviation and Specialized Investigators, Hughes was dead when the DIY rocket crashed in the desert in the launching. Emergency first aid was made available, but Hughes died on impact.

However, this was not Hughes first rocket launch, he is also a flat earther too. In one launch, he flew up 1, 875-feet and landed hard in the Mojave Desert in March 2018.

In one interview with Mike Hughes, he told AP that the rocket was made in his garage. His project has attracted weirdos who have been asking too many questions about it. However, he was not keen on all the attention he is getting.

ABC News Houston station KTRK said the failed rocket launch was only, the first of three planned events to be shown on Science Channel "Homemade Astronauts." The show is supposed to follow how low budget teams were trying to outdo each other to reach space. His rocket was steam-powered one, not using chemicals for thrust.

Science Channel representatives gave out their condolences to the Hughes family, after the accident, who ommented that Hughes' dream is to launch his steam rocker, and the channel was there to cover his feat.

Who is Mike Hughes?

He used to be a limousine chauffeur, who later on studied rocketry and became an amateur rocket scientist later on. In 2014, riding a DIY home-built rocker, he went up as high as 1374 feet, over Winkelmann in Arizona and landing there too. He was physically exhausted and took 3 days to get better after the launch.

His antics and as a DIY rocket specialist and a daredevil for his stunts, were supposed to have been on "Homemade Astronauts." He was intent to be the first civilian to build a crewed spaceship on a budget.

The last attempt failed and Mad Mike and his Home-Made Steam Rocket, did fly but it led to his death by accident. This attempt was for fundraising and awareness. Hughes did not think that science exists, and science or science fiction had no differences.