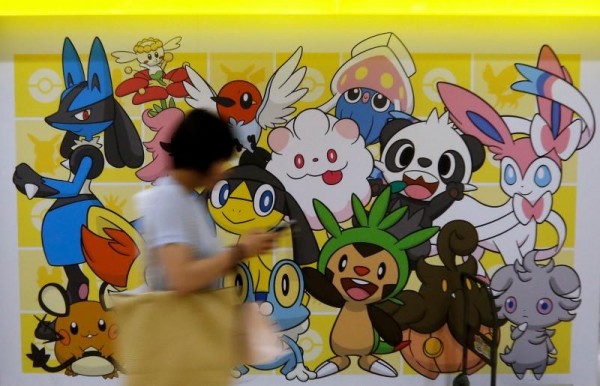 "Pokemon Home" is a smartphone application which is cloud-based and is intended for trading and storing Pokemon and giving them life beyond the Pokemon game you found them in.

The application is a one-stop shop for every Pokemon trainer. Acquire this app across all available platforms that Nintendo has released so far which includes Switch, iPhone and Android. Techradar, thinks that Nintendo releasing "Pokemon Home" makes a lot of sense especially since most people nowadays almost live their lives inside their phones. Hence, it is only fitting that they keep their Pokemons there as well.

Pokemon has had a big following world wide and has a wide range of applications, thus having "Pokemon Home" will ensure the trainer that his Pokemon are stored and backed up in Nintendo's servers with their easy to learn moves and abilities listed alongside them.

The app allows the trainers how to trade their Pokemon with other people in an easier way. In the same way, they can also send and receive them from their smartphone and Switch console.

Nintendo reminds Pokemon trainers around the world that Pokedex will not be supported in its new generation of games, "Pokemon Sword and Shield." Also, there will be 35 extra Pokemon to be added to the games with first generation Pokemon starters like Bulbasaur, Charmander, and Squirtle now available to be ported over.

However, "Pokemon Home" does not support Pokemon games from gameboys, so the thought of porting over the legendary Pokemon you have collected from your GameBoy Color's can now go in the dust. This is because "Pokemon Home" is only available for Nintendo Switch games.

The good news about "Pokemon Home" is that the basic plan is free and it will already allow you to store up to 30 Pokemon which for light Pokemon trainers is already enough. However, if you are a die-hard trainer with hundreds or even thousands of Pokemon at bay, there are premium paid plans available.

The app is also very easy to install, all the trainers need to do is just head to the Switch eShop, Google Play Store or App Store and just search for "Pokemon Home", download and install. However, separate subscriptions are needed for Switch and mobile versions.

The app definitely is a must have for all Pokemon trainers who want to be the very best, like no one ever was. After all, the real test of being a great trainer is to catch' em all, and Pokemon Home is the best place to store them, it's like a PokeBall that can fit 6,000 Pokemon in one.

Related news: 'The Sims 4' Cheats: How to Activate Cheats on Console; Offered for Free on PS4 This Month