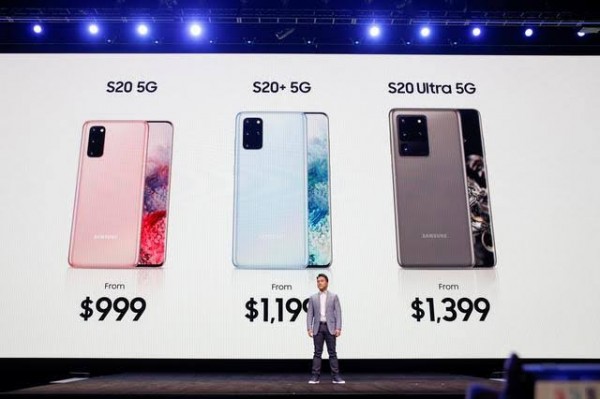 The "Samsung Galaxy S20" line-up consist of the "Galaxy S20," "Galaxy S20 Plus," and "Galaxy S20 Ultra." The latest Samsung devices have a new camera architecture design, which the smartphone giant boasts of being capable of taking professional-grade photos and videos.

Samsung's "Galaxy S20" series is also its first ever fully 5G line-up, which means all three devices are capable of supporting the emerging 5G connectivity technology.

According to Samsung, the decision to jump from S10 to S20 is signaling their transition to a new generation of devices with 5G connectivity readily available.

In a report by CNN, Tm Roh, Samsung's president and head of mobile communications, says that as a new decade opens, 5G connectivity will be a game-changer in terms of the way of communication and the way we experience the world around us; and the "Galaxy S20" line-up is the company's device which will transform lives.

Also read: Complete Your Smart Home With These Alexa Accessories

The smartphone giant is also giving its latest flagship phones bigger battery support. It's ten percent bigger than that of its predecessor, "Galaxy S10" which already had the ability to charge other devices wirelessly and had 24 hours of battery life.

Aside from these, Samsung also improved its Active Matrix Organic Light Emitting Diodes (AMOLED) display for the "Galaxy S20." This will give the new generation of smartphones more responsive screen interactions, faster scrolling, and display cleared photos and videos.

In terms of the camera enhancements, whilst the S20 will have four cameras - 3 camera lenses on the phone's rear side and one on the front, the S20+ and S20 Ultra will have an additional 3D depth camera lens for AR applications on its back.

Compared to previous models, the cameras of the latest flagship line-up are powered by larger sensors. This allows sharper photo and video output, which in the case of the S20 and S20+ converts to photos with 64 megapixels, while the "S20 Ultra" can produce 108 megapixel photos with its much bigger sensor. Furthermore, the sensor also allow a powerful zoom. The "S20 Ultra," for example, is equipped with a space zoom feature which can magnify photos up to 100X. This also gives the device the ability to shoot 8K ultra high definition 10-seconder videos.

Aside from the "Galaxy S20" series, Samsung also released a foldable smartphone that gives the nostalgic feels of the 1990's and 2000's flip phones in the form of the "Galaxy Z Flip."

The "Samsung Galaxy S20" phones will be available for pre-order on February 21 and will be sold in stores starting March 6.