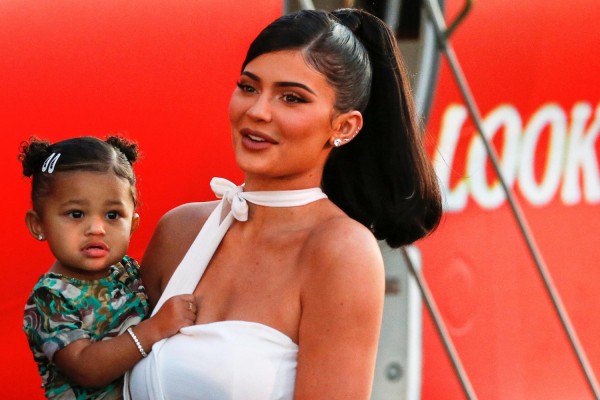 It seems like Brad Pitt and Jennifer Aniston are not the only exes seen together at an Oscars After Party because Kylie Jenner was seen enjoying a night with Travis Scott at the Vanity Fair Oscars Party, Sunday.

The "Keeping Up with the Kardashians" star and the rapper were spotted in the event. According to a source from Entertainment Tonight, the former couple looked in love. The source further added that the two were having fun and were hanging out with Kylie's family and that things were going great between them and their 2-year-old daughter Stormi, after Scott and Kylie's split last year.

Moreover, ET's source said that the two are enjoying each other's company. However, they are still navigating life and are taking a step back to re-assess their relationship, but the two are said to be doing better than ever.

Fans have kept guessing over the real score between Kylie and Scott, it can be recalled that in October, Kylie responded to reports by saying that they were splitting but are still on great terms and are focusing on their two year old daughter.

The following month, although the former couple spent Thanksgiving together and were reported to be flirting, the two insisted that they were not back together. The pair also spent Christmas together, but according to ET this is just them doing a wonderful job at co-parenting and making their daughter's holidays no different from the previous years.

In January, the family went to a Disneyland trip and also recently celebrated Stormi's second birthday which Kylie describes as the moment that changed her life forever.

Despite the recent public outings, the two are not yet ready to get back together. According to People, the Kylie Cosmetics mogul does not want to go back and forth in public in regards to her relationship with the rapper. Further adding that they will announce that they are back together, when they are ready. But for now, their eyes and focus will stay with Stormi.

However, it's still not just rainbows and unicorns for them even after the split. Reports say that a month after the split, Kylie has been hanging out with Drake which did not go well with Scott. Around the same time, Kylie was also photographed outside a recording studio with her ex Tyga. Apparently, Scott wasn't exactly thrilled that Kylie was hanging out with other men, which was downplayed to him being protective of her.

Meanwhile, the rapper admitted in an interview with XXL Magazine that he would always love the KUWTK star. He further added that the hard part about being in their relationship is to try being in it while there are millions of voices interfering.

This, however, did not stop the two from riding in one limousine together, without Stormi but with Kylie's sisters Khloe and Kourtney Kardashian. Kylie even posted Instagram stories during the ride with her sisters dancing around and panning into Scott who was seen rolling out a joint.