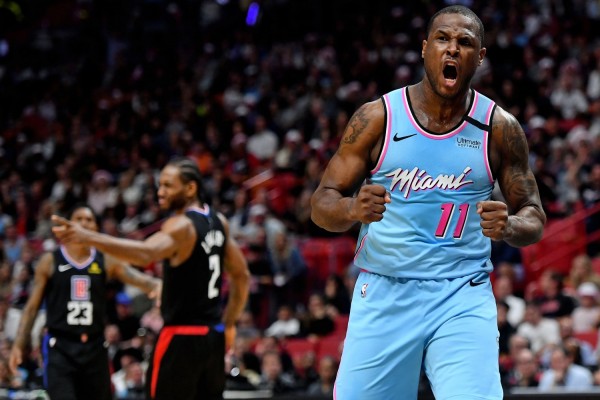 Could Tyler Jones be heading to LA?

Latest Lakers rumors reveal that the team is showing interest in adding guard Tyler Johnson, who was recently passed over by the Phoenix Suns.

The Suns' coaching staff were keen on younger blood like Jevon Carter and Ty Jerome, who got more playing time during the in-game backcourt rotation. However, Devin Booker and Ricky Rubio have more time on the hardcourt than Carter and Jerome.

Tyler Johnson averaged only 5.7 points throughout 31 games for the Suns this season. He said that it was the coach's option that he did not play during games. Johnson says he wanted to be on the court, but he just had to be a team player and do what he could in the background.

It's a tight race in Los Angeles seeing how the backcourt rotations of both the Lakers and Clippers are full. However, it will be hard to get playing time for the Lakers in particular, which boast an outstanding roster, plus LeBron James is playing consistently well alongside Kuzma and Caruso.

Johnson will have a hard time getting exposure on the court for either team. His best option is to wait and check what offers are in the works after the waivers are up.

What about Dion Waiters?

Meanwhile, after Dion Waiters was traded and then waived, he might be looking at his final chance in the NBA. Getting traded and then cut without warning, Waiter's needs to be chosen by a team. Fortunately, the LA Lakers, according to some rumors, are thinking of getting Waiters because they need a more dynamic playmaking guard on the team.

Most of the Laker guards have been lacklustre, and Rajon Rondo, Avery Bradley, with Danny Green had 20 minutes of play but scored only 9-points or less. Only Kentavious Caldwell-Pope has gotten good points and has 41.7% from the Lakers.

To make the backcourt better, the Lakers may try to enlist Waiters to get back to top performance. But the guard has to wait until he is given the go signal.

Charles Barkley said that Waiters' name getting noticed was no surprise considering Rob Pelinka is his agent. Most are in doubt of what Waiters can bring to the game, but there still remains an interest and that counts.

Waiters can shoot and score in practically any situation, but his average is not super impressive with only 13.2 points in 28-minutes of play. Overall, he makes only 41 percent of his shots from the field, 35 percent from behind the arc, and 69 percent accuracy from the free throw line.

If these Laker rumors are true, both Tyler Johnson and Dion Waiters may have something to look forward to at the Lakeshow.