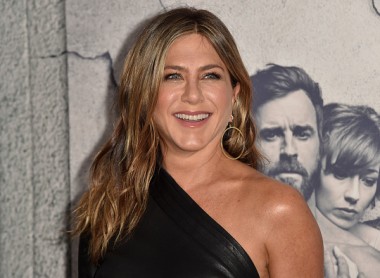 Latest reports confirmed that Jennifer Aniston is preparing for her return to TV as he will team up with Reese Witherspoon for a new drama series.

Scott And Brooke Win “The Amazing Race” Season 29; Pair Admits To Having Differences

“The Amazing Race” Season 29 is over and has given viewers an unexpected winner in the form of Scott and Brooke and after their victory, the duo also acknowledged that they found it hard to get along with each other on the show.

Jessica Pimentel Is A Regular On ‘Orange Is The New Black’ Season 5; Dale Soules Promoted In Season 6

“Orange Is the New Black” Season 5 will see Jessica Pimentel becoming a series regular and the same will happen with Dale Soules in Season 6.

‘The Flash’ Season 4 Villain Comes To The Fore; Casting Process Begins For The Baddie

“The Flash” Season 4 villain has been revealed and he is none other than the much-speculated Clifford DeVoe aka The Thinker and the casting has also begun for the actor to play the role.

‘Game of Thrones’ Spinoff To Focus On Five Prequel Series, May Not Even Be Set On’ Westeros’ Past

"Game of Thrones" spinoff will not focus on the five prequel series as confirmed by the writer himself George Martin and it might not be even set on "Westeros" past.

Selena Gomez just confirmed on her Instagram account that the series, "13 Reasons Why" will return to Netflix this 2018 and the series will focus on the repercussions of Hannah Baker's death.

The first photo of Marvel’s “Inhumans,” the upcoming TV show has come out and it gives a fine glimpse of the members of the Royal Family in their unique costumes.

“Supergirl” Season 2 has very few episodes left in the current lot and now executive producer Andrew Kreisberg has revealed that Kara would have to face tough situations in the coming episodes and she would be required to make difficult decisions.

“House of Cards” Season 5 trailer was released on Monday and it brings forth an arrogant and disdainful Frank Underwood who is seen telling his wife how earnestly the American people need him and therefore, it seems the coming season is going to be more intriguing.

Ed Sheeran will be seen in the upcoming “Game of Thrones” Season 7 in a cameo appearance and he would be singing a song when Arya sees him.

"The Bachelor" Nick Viall just gave an update on the status of his relationship with fiancee Vanessa Grimaldi telling that they still have a lot of things to work on.

“Days of Our Lives” Tuesday episode makes for a thrilling ride as it sees Salem denizens struggling with their lives.

“The Young and the Restless” Tuesday episode witnesses happy moments, intrigue and suspense.

‘The Bold And The Beautiful’ Spoilers: Bill Proposes To Brooke, Ridge Is Worried & Thomas Has Different Opinion

This week on “The Bold and the Beautiful” revolves around Forresters and their fight against Spectra.

‘General Hospital’ Spoilers: Ava Talks To Griffin, Jason Wonders About The Past And Anna Spies On Valentin

This week on “General Hospital” turns out to be intriguing, shocking and intense for Port Charles is trapped in problems.