The Army will not release its first hypersonic missile until 2024 despite the Pentagon's demand for additional hypersonic weapons. 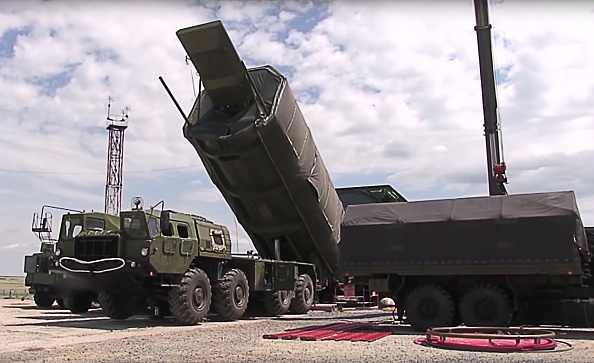 In a recently published article in POLITICO, hypersonic missiles travel at least five times the speed of sound. Yet, their ability to glide through the atmosphere while changing directions at such a fast rate makes them almost hard to detect.

A hypersonic glide vehicle is slower than an intercontinental ballistic missile (ICBM), but its form enables it to maneuver toward a target or away from defenses. In addition, hypersonic missiles can travel for extended periods of time without being detected by radar.

A fractional orbital bombardment system (FOBS) combines a glide vehicle with a missile that may send it partly into orbit, robbing enemies of response time and standard defense measures, according to a published article in Yahoo News.

US is Far From Russia, China in Terms of Hypersonic Technology and Programs

The US military troop is not expected to release its first hypersonic missile until 2024, despite the Pentagon's demand for additional hypersonic weapons. In 2025, the Navy plans to deploy its version of the missile aboard a destroyer, with Virginia-class submarines following in 2028.

However, Gen. David Thompson, vice chief of space operations, said during his appearance at the Halifax International Security Forum that the US is far ahead of the Chinese or the Russians in terms of hypersonic projects and technology to a published article in MSN News.

Additionally, Adm. John Aquilino, head of US Indo-Pacific Command, told a small group of reporters on the sideline of the event that it should come as no surprise to anybody that China is building capabilities that like-minded friends and partners would find objectionable.

Thompson and Aquilino both voiced worry about how the procurement process, which is frequently lengthy and risk-averse, is harming military rivalry from under the sea and into space. According to Thompson, they are continuously modifying their methodology and timeframes, although there is no date set for these new satellites to be sent into space.

Aquilino said China's leader, Xi Jinping, has officially stated his goal of achieving parity with the US military by 2027 and becoming the world's dominant power by 2050, so Beijing's rapid development of new weaponry is predictable and is now advancing its military technologies.

Thompson also said, "The bureaucracy that we've built into our defense and acquisition enterprise, not just in space but in other areas, has slowed us down in many areas. The fact that we have not needed to move quickly for a couple of decades - in the sense of a strategic competitor with these capabilities - has not driven us or required us to move quickly," according to a published article in DIGITPATROX.

However, there has been some development at the Pentagon. The military successfully tested a rocket engine for launching the hypersonic glide body into the atmosphere last month. In a competition to create a new hypersonic Glide Phase Interceptor capable of destroying an approaching hypersonic missile, the Missile Defense Agency awarded contracts to Raytheon, Lockheed Martin, and Northrop Grumman on Friday.