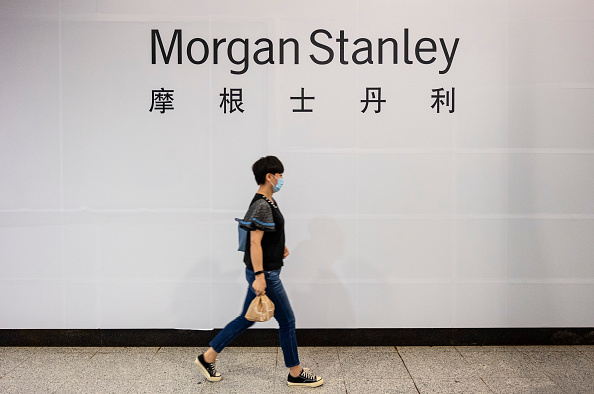 (Photo : Budrul Chukrut/SOPA Images/LightRocket via Getty Images)
Morgan Stanley and other firms are under investigation due to money laundering.

In a recently published article in Newsweek, Rodriguez, the cousin of Rafael Ramirez, the former Venezuelan oil minister and U.N. ambassador, has been accused of laundering $2 billion in the United States on Ramirez's behalf, and the U.S. and international authorities are now investigating him.

Rodriguez's accounts were said to have "red flags" for possible money laundering. The so-called "red flags" included prior regulatory and enforcement examination, as well as the fact that the funds came from Venezuela, which the U.S. government has designated as a high-risk money laundering country for more than a decade.

Furthermore, Ramirez has been a key player in Venezuela's energy industry since former President Hugo Chávez chose him to head the energy ministry in 2002. He is accused of defrauding the government by entering into false insurance contracts with the country's main oil corporation, according to a report published in Market Watch.

Morgan Stanley and Other Firms are Under Investigation

The FBI, the Securities and Exchange Commission (SEC), and other federal authorities are now looking into why Morgan Stanley and the other companies agreed to take on Rodriguez's accounts despite suspicions that they were linked to money laundering.

Financial institutions are prohibited from enabling their services to be utilized in criminal activities under federal banking regulations. They must screen their customers and the individual's connections, source of money, and financial transactions to stay in compliance, according to a report published in Market Insider.

Morgan Stanley, Interactive Brokers, and the other companies have not been charged with any misconduct. Interactive Brokers informed the news outlet that it is "committed to compliance with all relevant rules and regulations" but couldn't comment on individual accounts or clients.

SEC, FBI Did Not Give Any Comments

A news source also claimed that it contacted the SEC and the FBI and Rodriguez and Ramirez but received no answer. According to the news source, Ramirez has previously described his misconduct claims as "unsubstantiated and politically driven" in previous comments.

Ramirez has been branded corrupt by Venezuelan President Nicolás Maduro, who worked with Ramirez under Chavez and now confronts a contested presidency. Former U.S. sources claimed the allegations, whether genuine or not, were a ruse to divert attention away from Maduro's current charges of drug trafficking and collaborating with terrorists, which the U.S. has brought against him.

Additionally, according to former U.S. officials and financial security experts, the Rodriguez probe reveals significant flaws in the U.S. finance and regulatory system, which largely depends on financial firms to police the system against fraud. While a whistleblower complaint filed with the Securities and Exchange Commission in 2019 aroused attention in the involvement of financial companies in Rodriguez's actions, the inquiry has roots that go back almost a decade.