In response to the new Taliban government's push for international legitimacy, Afghanistan withdrew from giving the final speech at the United Nations General Assembly meeting on Monday. 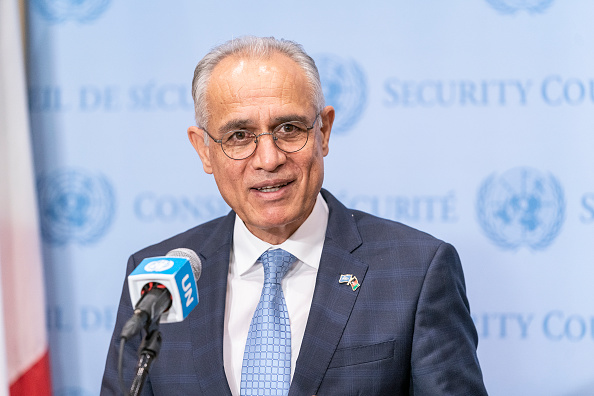 In a recently published article in Newsweek, Afghanistan's current acknowledged ambassador, Ghulam Isaczai, who represents former President Ashraf Ghani's administration, was named as Afghanistan's speaker, according to U.N. spokesman Stephane Durjarric. The Taliban, on the other hand, questioned Isaczai's qualifications to represent the nation.

The United Nations was "notified Saturday by the Afghan Mission that they would no longer be speaking" since the challenge could not be heard in time for the General Assembly's annual meeting, according to Durjarric. President Ashraf Ghani's administration was ousted last month, and Ghulam Isaczai was scheduled to give a speech defying the Taliban, but his name was deleted from the list of speakers.

The Taliban has requested that U.N. Secretary-General António Guterres cease to recognize the "deposed" Ghani government and appoint Mohammad Suhail Shaheen as the next U.N. envoy, according to a recently published article in Daily Advent.

Meanwhile, Suhail Shaheen said that the interim government has all the requirements needed for them to be recognized. They are hoping the United Nations, as a neutral world body, will recognize current Afghanistan's Interim Government.

The assembly's credentials committee must consider all challenges to credentials, which usually met in November and did not assemble earlier to hear the Taliban's challenge to recognize their government, according to a report published in ALJAZEERA.

When the Taliban governed from 1996 to 2001, the United Nations refused to recognize their government and instead handed Afghanistan's seat to President Burhanuddin Rabbani's previous warlord-dominated administration, which was murdered by a suicide bomber in 2011. Rabbani's administration was responsible for bringing Osama bin Laden, the 9/11 mastermind, to Afghanistan from Sudan in 1996.

The Taliban have said that they want worldwide legitimacy as well as financial assistance in order to reconstruct their war-torn country. However, the composition of the new Taliban administration presents a problem for the U.N. Several temporary ministers, including Muttaqi, are included on the United Nations' so-called blacklist of foreign terrorists and terrorist financiers, per Gandhara News.

On September 20, U.N. Secretary-General Antonio Guterres received a letter from Muttaqi in which he said that President Ghani had been "ousted" and nations across the globe "no longer recognize him as president." As a result, Isaczai no longer represents Afghanistan, according to Muttaqi's letter.

Last week, the Taliban-led government requested an audience with global leaders at the United Nations and nominated Suhail Shaheen, the Islamist group's spokesperson in Doha, to be Afghanistan's U.N. ambassador. Germany was outspoken in its opposition to the plan, with its foreign minister declaring that a "show" by Afghanistan's new authorities would be futile.

Isaczai has also requested that his credentials be renewed. A nine-member credentials committee, which includes the United States, China, and Russia, deals with U.N. accreditation problems. It gathers every year in October or November.