Longtime Michigan TV Weatherman Karl Bohnak Refuses To Get Inoculated; Company Decides To Fire Him For Not Following Vaccine Mandate

Karl Bohnak, who worked as a weatherman on television in northern Michigan for more than 30 years, has lost his job after refusing to take the COVID-19 vaccination. 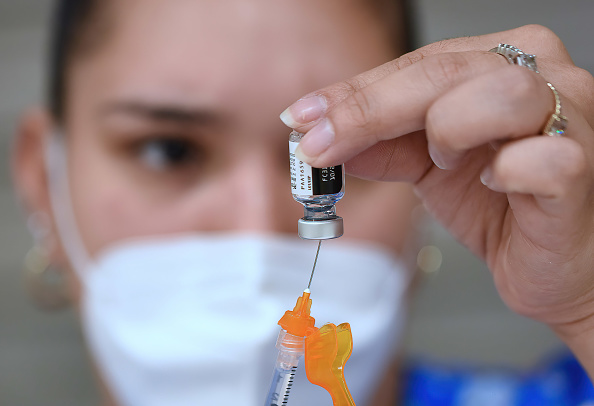 (Photo : Paul Hennessy/SOPA Images/LightRocket via Getty Images)
A longtime weatherman reporter was fired after he refused of getting innoculated.

Company Fires Karl Bohnak For Refusing Not To Get Vaccinated

In a recently published article in Newsweek, Karl Bohnak, who worked for WLUC-TV6 for more than 30 years as a weather reporter, claims he was dismissed because he refused to be vaccinated against COVID-19. His resignation is similar to that of other professionals who have resigned or been dismissed as a result of their refusal to take the vaccination.

Bohnak said in the Facebook post that he was dismissed because he refused to take one of the shots. Many people, according to Bohnak, have had one of these injections, and they have every right to do so. He also emphasized that it is his right to select the medical choices that he believes are best for him.

Furthermore, Gray Television, which owns WLUC-TV6, requires anybody including employees visiting a facility controlled by the business to provide evidence of vaccination, according to Bohnak in a recently published news article in The Detriot News.

Since then, the post has received over 2,600 comments and 3,000 shares. While many of the comments backed Bohnak, many others slammed the post and his reluctance to vaccinate his children.

However, Bohnak spread misinformation about the pandemic and the COVID-19 vaccine, claiming that "the chance of surviving COVID is well over 99 percent" for a normally healthy adult not housed in a nursing home or not suffering from serious comorbidities, and implying that there is a risk of "serious" vaccine side effects, according to a report published in Washington News Day.

The longtime weatherman report even said that despite the country's history of requiring vaccinations that successfully eliminated illnesses like smallpox and polio, he claims that "liberty" and "freedom" are at risk as a result of the requirements.

Vaccination in the Country

As of Thursday, only about half of the United States had received all of their vaccinations, as public health officials struggle to be heard, much alone trusted, in the face of internet disinformation. Vaccine requirements are being enforced by employers such as the nation's main healthcare institutions, as well as municipal and state governments, to combat this.

In places like New York, vaccinations are required for residents to eat indoor, go to the gym, and participate in other activities. President Joe Biden is now issuing executive orders requiring government workers to get immunized.

Related Article: More than 13% North Carolina Gov't Employees Subject to Suspension Without Pay After Failing To Provide Proof of Vaccination