According to the FDA, observational studies do not all support the idea that the injection's effectiveness diminishes with time and that a booster dose is required. 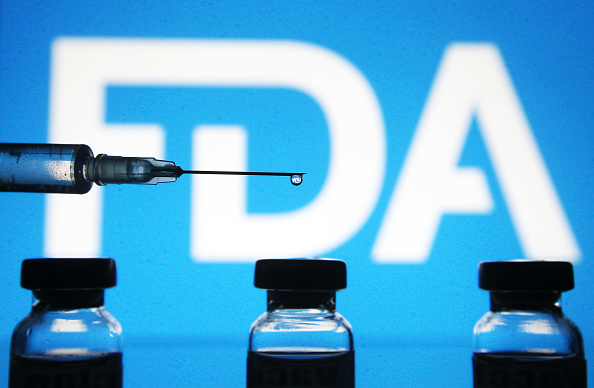 (Photo : Pavlo Gonchar/SOPA Images/LightRocket via Getty Images)
FDA scientists are skeptical of the need for a booster shot.

In a recently published article in The Hill, the proof that a supplemental dose of the Pfizer-BioNTech COVID-19 vaccination was required for all Americans who got the injection was not instantly endorsed by FDA experts on Wednesday.

Agency officials expressed skepticism of the evidence provided by the pharma firm in papers released online before a crucial FDA vaccine advisory committee meeting on Friday, noting that all relevant data has not yet been submitted or evaluated.

On Friday, the FDA's independent panel of specialists will examine the data presented by Pfizer and will likely decide on whether boosters are required. The FDA is not required to adopt the panel's recommendations. Still, if it does, it would undoubtedly cause public confusion and raise serious concerns about political involvement, according to a published article in POLITICO.

Read Also: WHO Asks Rich Countries Not To Give Booster or Third Shots; Poor Nations Are Still About To Receive Their First Shot

Role of FDA and CDC in the Booster Shot

If the FDA panel approves a booster dosage, the agency will officially accept the recommendation, and a second advisory group formed by the Centers for Disease Control and Prevention (CDC) will vote on whether they should be widely administered.

Meanwhile, President Biden and senior health officials made an unprecedented announcement last month, announcing that a booster injection program would begin the week of Sept. 20, long before the FDA and CDC had reviewed the data, according to a report published in Forbes.

While authorities have been cautious about stating that the booster program is dependent on FDA and CDC clearance, several public health experts have chastised them for acting as if approval was a certainty. Additionally, Pfizer claimed that protection against COVID-19 infection waned mainly due to time, rather than the delta version, in its argument for a third dosage.

Two high-ranking FDA officials indicated their intention to quit this week, citing disagreements with the White House on the COVID booster proposal. President Joe Biden stated last month that vaccination boosters would be widely distributed starting Sept. 20 before the FDA or the Centers for Disease Control and Prevention had given their approval.

In a published article in ABC News 10 San Diego, the two leaving officials co-authored a paper published in The Lancet. Based on the newest data, Dr. Marion Gruber, head of the FDA's Office of Vaccines Research and Review, and her deputy, Dr. Philip Krause, believe that there is no need to start deploying boosters in the general population.

Pfizer Cited Studies that Support their Push for Booster Shots

Pfizer highlighted findings from lab trials and real-world data from Israel, where boosters have been given to individuals over 60 since the end of July. Boosters have lately been extended to individuals over the age of 30 in the nation. Pfizer wants the FDA to approve boosters for anyone over the age of 16. The FDA said that the business fulfilled predetermined success criteria.

In its application for a third dosage, Pfizer admits that most trials indicate two doses are still more than 90 percent effective against severe illness, which is probably the most significant measure. However, the firm highlighted a tiny but concerning sample of data from Israel.