WHO Asks Rich Countries Not To Give Booster or Third Shots; Poor Nations Are Still About To Receive Their First Shot

The World Health Organization urged rich nations to hold off on handing out additional COVID-19 vaccines until the end of the year, citing the millions of people who had yet to get a single dose. 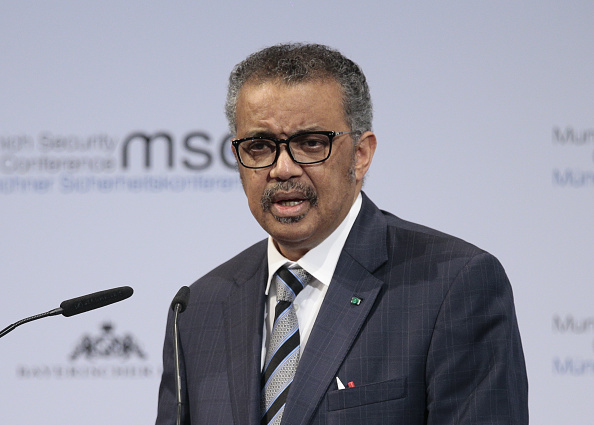 In a recently published article in MSN News, Tedros, speaking from the WHO's Geneva headquarters, encouraged rich countries and vaccine manufacturers to prioritize the initial vaccinations for health professionals and vulnerable people in poorer countries above booster shots.

Last month, the World Health Organization (WHO) asked for a freeze on COVID-19 vaccine booster injections until the end of September to address the huge disparities in dosage distribution between wealthy and poor countries. He also said that he does not want to see healthy individuals receiving booster injections while impoverished nations are still waiting for their first dosage.

However, President Joe Biden has "a duty to do all we can to safeguard individuals in the United States," according to Washington, which has pushed back against the demand for a ban or moratorium. White House Press Secretary Jen Psaki said that they could do both donating vaccines and giving booster shots to its citizens, according to a report published in Common Dreams.

Read Also: Biden Requires All Private and Federal Employees To Get Vaccinated

WHO Knew That There is Vaccine Inequality Happening

WHO Chief said that he is calling another moratorium of COVID-19 vaccine at the end of the year. According to him, high-income nations pledged to give more than one billion vaccine doses to poorer countries, but only around 15 percent of those doses have arrived. The WHO does not want any more promises; instead, it wants the vaccinations to be delivered.

Despite the demand for a moratorium, several governments have argued for booster vaccinations for the general public, citing indications of decreasing vaccine efficacy against the highly transmissible Delta variant, according to an article published in User Walls.

The WHO has recognized that an extra dosage may be required for immunocompromised individuals but emphasizes that vaccinations are still highly effective in healthy people, particularly avoiding severe illness. Meanwhile, the WHO's vaccines chief Kate O'Brien said no convincing evidence supports a broad prescription for booster dosages.

In a recently published article in Democratic Underground, the United Nations' health agency has set a worldwide goal of vaccinating at least 10 percent of the world's population by the end of this month, and at least 40 percent by the end of the year.

By the middle of next year, it hopes to have vaccinated at least 70 percent of the world's population. Tedros, on the other hand, claimed that although 90 percent of wealthy nations have reached 10 percent, and more than 70 percent have already reached 40 percent, no low-income country has achieved either goal.

He was outraged by a remark by a pharmaceutical industry group that the world's seven wealthiest countries, known as the G7, already had enough vaccinations for all adults and adolescents and that at-risk groups should be offered boosters, and that the emphasis should turn to dosage sharing.

Related Article: WHO Chief: 'Not Right' to Vaccinate Younger Adults in Rich Countries Before Elderly in Poorer Countries