The House Judiciary Committee passed legislation that would give legal status to up to 8 million illegal immigrants, which Democrats want to incorporate in their huge tax and spending package. 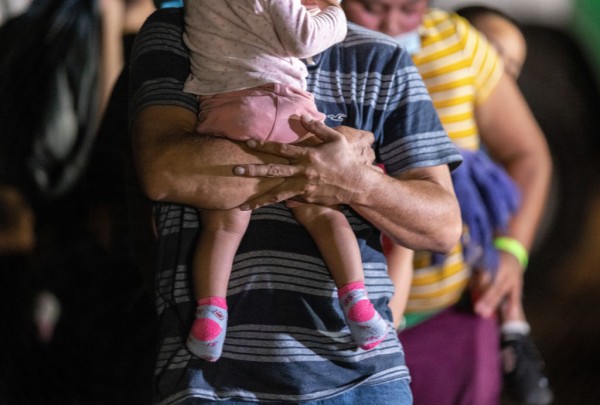 In a recently published article in MSN News, after hours of discussion and unsuccessful amendments from Republican members of the committee, the panel adopted the legislation that would lead to legal residence for illegal immigrants late Monday night in a vote of 25-19.

The plan would change elements in the green card process, increase visa availability, and provide illegal immigrants brought to the United States as children, individuals with Temporary Protected Status, and vital workers a route to permanent residency.

However, what happens in the Senate will determine whether those measures make it into the final bill. The chamber's parliamentarian has yet to decide if immigration provisions may be included under the reconciliation process, which Democrats are using to enact legislation that covers most of President Joe Biden's economic agenda, according to a published article in Bloomberg.

Will it be included in the $3.5 Trillion Spending Plan?

Last Friday, aides from both parties in the Senate met with the parliamentarian to present their arguments for and against the plan. The legislator hasn't made a choice yet. If Democrats fail to include the plan in the package, it is unlikely to get enough Republican support to pass both houses on its own.

An immigration policy must pass those criteria, including having a substantial fiscal effect on the government budget. Meanwhile, Jerrold Nadler, the chair of the House Judiciary Committee, described the immigration measures as an "essential investment" in human infrastructure, according to a report published in The Washington Post.

On the other hand, during the markup, Republicans chastised Democrats for incorporating the immigration measure as part of a reconciliation package. They also expressed reservations about the Democrats' projected $3.5 trillion price tag for the entire bill, citing national debt and inflation statistics.

The House of Representatives approved two immigration measures on Thursday, one to offer young undocumented immigrants a route to citizenship and the other to allow illegal agricultural laborers a chance to get legal status. The votes occurred while President Biden's immigration plan's fate remained unknown, and the bills faced an uncertain future in the Senate's equally split chamber.

Representative Alexandria Ocasio-Cortez, a New York Democrat, called the idea a "once-in-a-generation" chance to provide a route to citizenship for people with temporary protected status whose lives have been "perpetually in limbo" in a statement published Monday.

However, Republican member Jim Jordan of Ohio said, "National debt approaching $30 trillion, inflation at a 40-year high, crime surging in every major urban area in this country and Democrats are going to spend $3.5 trillion and put amnesty for 8 million illegal immigrants in that bill, according to a published report in The New York Times.

Needless to say, Representative Andy Biggs, an Arizona Republican, said the measure would give "an extra incentive" to migrants seeking asylum at the US-Mexico border rather than curbing the influx.