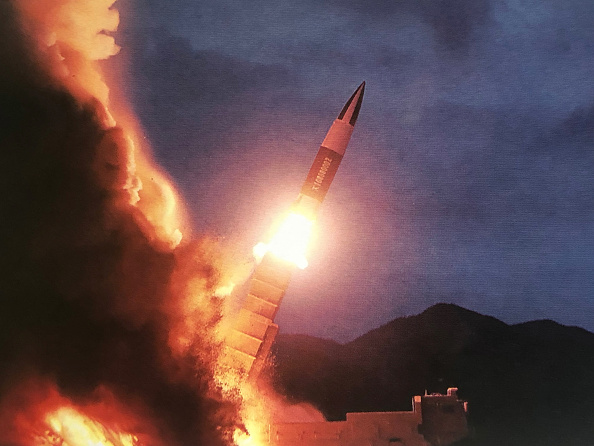 In a recently published article in MSN News, the missiles were successfully test-fired on September 11 and 12, according to the country's Academy of Defense Science; and the weapons had been under development for two years.

The missiles flew in "pattern-8 flying circles" for more than two hours over land and sea off the coast of North Korea, hitting targets 1,500 kilometers (932 miles) distant. According to the state-run news agency, the missiles are a strategic weapon of tremendous importance.

In a published article in Arms Control Association, it states that since 2006, the United Nations Security Council has passed nine significant sanctions resolutions on North Korea in response to its nuclear and missile programs. Each resolution criticizes North Korea's most recent nuclear and ballistic missile tests and urges the country to stop acting illegallyin violation of prior UN Security Council resolutions.

Furthermore, Jeffrey Lewis, a professor at the Middlebury Institute of International Studies who specializes in open-source intelligence, said, "This is a system that can reach targets throughout Japan. Whereas the system we saw in March was a shorter range system just to target South Korea," according to a published report in France24.

Kim Jong Un Shows Off the Cruise Missiles in 2020

According to Ankit Panda, the Stanton senior fellow in the nuclear policy program at the Carnegie Endowment for International Peace, North Korean leader Kim Jong Un displayed the cruise missiles at a military parade in October 2020.

In recent months, North Korea's military parades have shown new and untested weapons. Some of this, the US expected, would be put to the test in a show of strength by North Korea and its leader. Kim Yo Jong, the North Korean leader's sister, had warned last month that the nation would react to joint military exercises between the US and South Korea, saying that the maneuvers would put the country's security at risk.

Needless to say, Pyongyang has been beefing up its ballistic missile stockpile in order to improve its quick-strike capabilities. This kind of missile usually follows an arched trajectory and is propelled down. Cruise missiles are propelled throughout the duration of their missions, which are usually at lower altitudes; and they may be fired from the land, the sea, or the air.