According to a text message from their family, the Taliban have killed Rohullah Azizi, the brother of former Afghan Vice President Amrullah Saleh. 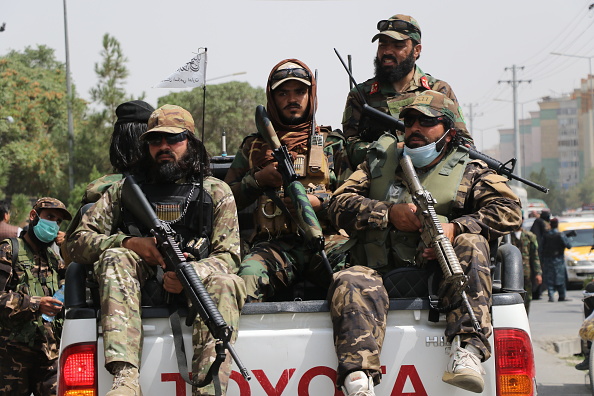 The Taliban Shot Dead the Brother of Former Afghan Vice-President

In a recently published article in Irish Examiner, according to Saleh's nephew, the Taliban shot and killed his brother, Amrullah Saleh, the former vice president of Afghanistan, and his chauffeur in northern Panjshir province. The shooting happened on Thursday, Shuresh Saleh's uncle Rohullah Azizi was driving someplace when Taliban militants stopped him at a checkpoint.

He said that they heard that his uncle and his driver were shot by the Taliban at a certain checkpoint. However, the Taliban group did confirm nor deny the accusation. Moreover, it was not also clear for the family where the Taliban brought his uncle after they were caught at the checkpoint.

He said that the phones in the neighborhood were not functioning. In Panjshir, the final province to be conquered by Afghanistan's new authorities, Amrullah Saleh commanded troops against the Taliban. Videos circulating on social media claim to show Taliban militants in Panjshir firing on anti-Taliban fighters they have detained, according to a published report in Independent.

Read Also: Taliban Hordes Force the Afghanistan President to Give Up as the Western Powers are Abandoning the Country

Family Received a Text Message from the Taliban

Ebadullah Saleh reportedly said in a text message "They [Taliban] executed my uncle. They killed him yesterday and would not let us bury him. They kept saying his body should rot," However, The Taliban have yet to issue an official statement or claim responsibility for the purported assassination.

The news of Azizi's death came only days after the Taliban seized control of Panjshir province, the final bastion of resistance to the rebel group's conquest of Afghanistan to have total control in the country, according to a report published in Times of India.

Although the resistance forces disputed the Taliban's allegation, one of its most famous commanders, Amrullah Saleh, had gone into hiding. The location of Amrullah Saleh and Ahmad Massoud, another rebel commander, remains unknown at this time.

Massoud had sent an audio message on Monday, encouraging Afghans to join a "national revolt" against the Taliban. "Wherever you are, within or outside of our country, I call on you to start a national uprising for our country's dignity, freedom, and prosperity," he said.

Saleh Remained in Afghanistan After Former President Ghani Fled the Country, Proclaimed Himself as the Caretaker of the Country

An Afghan journalist Zahra Rahimi posted on his social media account that the Taliban killed the brother of the former Afghan Vice-President after being detained. He also said that Azizi attempted to flee Panjshir, the only place left where the Taliban does not have total control.

Former Afghan President Ashraf Ghani fled from the country after Kabul fell into the hands of the Taliban group last month. Meanwhile, former Afghan Vice-President Saleh went to the Pansjhir Valley- the only province left not captured by the Taliban at that time- and he then proclaimed himself as the caretaker of Afghanistan.

Furthermore, Saleh has survived several assassination attempts. He was also a known political figure in the country. Also a known critic of the Taliban and Pakistan.