Democrats are rushing to put together a multitrillion-dollar social spending plan while avoiding any squabbles that might jeopardize the party's unity. 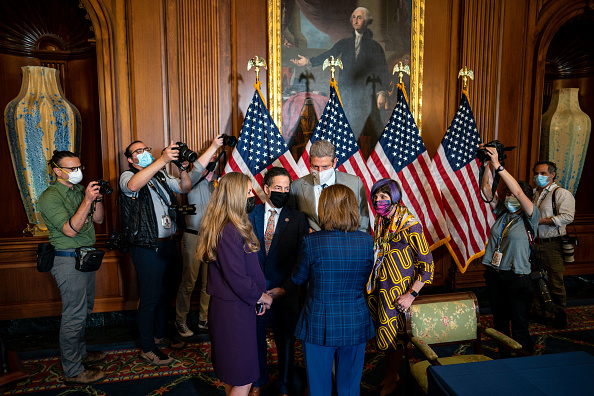 In a recently published article in The Hill, many important elements of the package have to do with taxation. Democrats seek to prolong tax credit increases for low- and middle-income families that were passed earlier this year as part of President Biden's coronavirus relief legislation.

They also seek to fund their planned spending and tax cuts, which include health care, child care, and climate change, by raising taxes on businesses and the wealthy. Meanwhile, the House Ways and Means Committee, which oversees taxes, is scheduled to begin debating its part of the plan next week. No legislative text has been released by the panel.

However, Democrats will need nearly every party vote in the House and all 50 votes in the Senate, so they must guarantee that all of their measures can win support from both moderates and progressives, according to a recently published article in the Daily Advent.

Benefits and Tax Issues in the Proposed $3.5 Trillion Bill

The maximum credit amount was raised from $2,000 to $3,600 for children under the age of six and $3,000 for older children as a consequence of Biden's $1.9 trillion coronavirus relief legislation. The credit was also made completely accessible to low-income families, and the IRS began providing monthly advance payments of the credit. These modifications are only in effect until 2021.

The White House suggested keeping the credit accessible to low-income families indefinitely but only extending the higher credit amount until 2025. According to the Treasury Department, this would cost roughly $450 billion over ten years, according to a published report in CNBC.

After the GOP tax legislation reduced the corporate tax rate from 35 percent to 21 percent in 2017, Biden has suggested increasing it to 28 percent. Some moderates have expressed a desire for a lower rate hike than Biden has suggested. Sen. Joe Manchin, a crucial moderate, has said that a corporation tax rate of 25 percent would be preferable.

The lower the corporate tax rate rise, the less money will be produced to cover the expense of Democrats' spending objectives. Raising the corporation tax rate to 28 percent, according to the Treasury Department, would generate $858 billion in revenue over ten years.

The White House has suggested raising the minimum tax on overseas profits of U.S. businesses to 21 percent. At the same time, the government is negotiating a worldwide minimum tax rate of at least 15 percent with other nations via the Organization for Economic Cooperation and Development.

Furthermore, last month, several House Democrats, including several members of the Ways and Means Committee, expressed worry about increasing the U.S. tax rate to a level that is greater than the rate set by a global agreement.

When it comes to capital gains taxes, which are taxes paid on investment profits, Democrats have a lot of ground to cover. One problem is determining where the highest capital gains tax rate should be placed, according to a published article in Associated Press.

The current top rate is 20 percent, but Biden proposes substantially raising it to ensure that capital gains and regular income are taxed at the same rate for people and families earning more than $1 million. Biden has suggested a top tax of 39.6 percent on a regular income.

Related Article: Stimulus Checks and Bonuses: More Than 25 Million Americans are About To Receive Their Payments, Are You Qualified?