Pres. Joe Biden's proposal to increase corporate tax will have a negative impact on the country's employment, according to a new study. 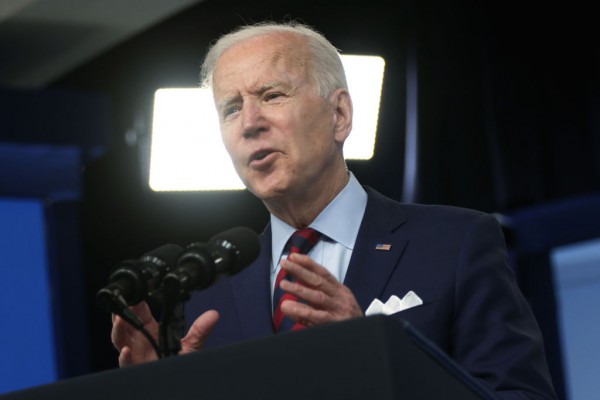 Pres. Joe Biden is taking it seriously to increase the corporate tax to 28 percent. This is to fund his proposed $2.25 trillion infrastructure package. It can be remembered that the Republicans lowered the corporate tax from 35 to 21 percent in 2017.

According to a recently published article in The Hill, around 1 million jobs would be lost if Biden will increase the corporate tax to 28 percent. This is based on the findings of the study that the National Association of Manufacturers conducted.

NAM, along with the economists from the Rice University, calculated the impact of increasing the corporate tax. They found out that this will decrease the country's gross domestic product by $117 billion by 2023, $190 billion in 2026, and $119 billion in 2031.

In addition, the National Association of Manufacturers expressed their support to Pres. Joe Biden's plan. However, they said that it is not the way Biden wants it, according to a published report in CNBC.

NAM President and CEO Jay Timmons said, "[T]his study tells us quantitatively what manufacturers from coast to coast will tell you qualitatively: increasing the tax burden on companies in America means fewer American jobs. One million jobs would be lost in the first two years, to be exact."

In the study they conducted, he also shared that ordinary capital or investments in equipment and structures will also be affected. This will lead to $80 billion less in 2023, $83 billion in 2026, and another $66 billion in 2031.

Meanwhile, NAM President touted the positive effect of Republicans tax law rate in 2017 or during the time of Pres. Trump. He said that it helped create more than 263,000 jobs in the manufacturing sector and increased wages to three percent in 2018.

An Analysis that Supports Biden's Proposal

A recent analysis conducted by the Penn Wharton Budget Model found out that the corporate tax hike will increase the country's revenue to $2.1 trillion over ten years. However, they also admitted a gap in the analysis due to a lack of details.

Furthermore, the White House has already confirmed that they already started their negotiation to finalize the proposed 28 percent corporate tax rate increase. On the other hand, Pres. Joe Biden is also open to other ideas about the plan.

Pres. Joe Biden said when he introduced the proposal in Pittsburg, "We have to move now. Because I am convinced that if we act now, in 50 years people are going to look back and say, this was the moment that America won the future."

Lawmakers Divided Over the Corporate Tax

Another Democratic Senator also supported Manchin and said that this would affect jobs in the country. Meanwhile, Republican Senator Minority leader Mitch McConnell already said that they would not support the bill.