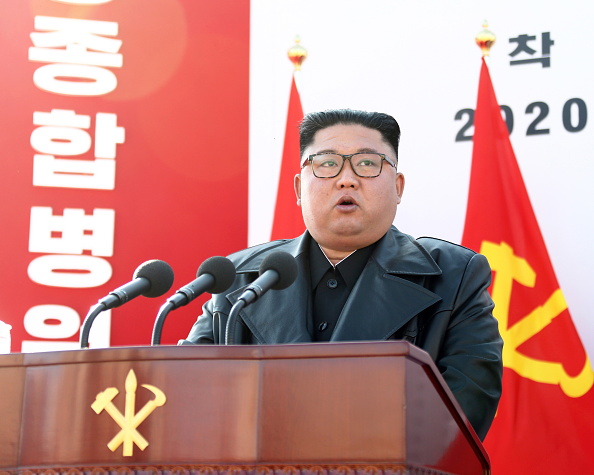 In a recently published article in the National Interest, North Korean supreme leader Kim Jong-Un recognized that the global pandemic had caused a "crisis of suffering" in the nation in his July 27 speech marking the Korean War's 1953 truce.

The supreme leader's remarks were the third time since the beginning of the year that he has expressed dissatisfaction with the country's situation. Kim recently likened the current pandemic to the 1994 North Korean famine which was dubbed the country's "Arduous March" by state media and claimed the lives of millions of North Koreans.

Kim's admissions of his country's difficulties are a surprising acknowledgment from North Korea's leadership, which has previously downplayed or concealed reports of internal problems. The supreme leader's comments on the country's predicament did not explicitly mention COVID-19 infections as a source of the problem, instead focusing on the country's overall economic decline in tandem with the epidemic, according to a published report in South China Morning Post.

Kim told a gathering of top officials that the people's food situation is becoming worst. He said that last year's typhoons caused floods, causing the agriculture industry to miss its grain goals. Food prices have reportedly risen, with NK News claiming that a kilogram of bananas costs $45.

BBC News reports that international sanctions have been placed on North Korea as a result of its nuclear programs. At the governing Workers' Party central committee, which began this week in Pyongyang, the dictatorial head of the single-party state discussed the food situation.

Kim Jong-Un's acknowledgment of a food shortfall is uncommon. However, the North Korean leader has already acknowledged that his economic strategy has failed. The issue for Kim is that when he succeeded his father, he promised a brighter future for his people. He said that they will have access to power and meat on their tables.

The country's border with China has been entirely shut, and economic traffic between the two countries has plummeted in the first half of 2021. Chinese shipments to Pyongyang have dropped by approximately 85 percent since the outbreak, to $56.7 million.

Meanwhile, the UN estimated in July that North Korea would face a food shortage of around 850,000 tons in 2021, and the Bank of Korea, South Korea's central bank, predicted that the country's GDP would fall by 4.5 percent in 2020, even though statistics on the North Korean economy are difficult to come by due to the country's isolation.

While the North Korean government has implausibly claimed that it has had no instances of the virus since the outbreak and has not started a vaccine campaign for its people, foreign observers have pointed to anecdotal evidence that the virus is spreading. Because of North Korea's already inadequate healthcare system, the global pandemic may be especially devastating.