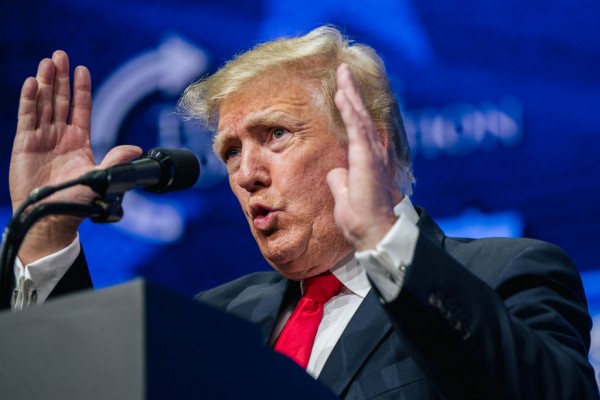 The former president has built his whole political image on his role as the Republican Party's kingmaker. A second defeat in as many weeks for a Trump-backed candidate in Ohio would seriously damage Trump's image of invincibility and may affect his Presidential bid if he decides to run again.

On Tuesday, former President Donald Trump reaffirmed his support for coal lobbyist Mike Carey in the special election for the 15th Congressional District and blasted other Republicans in the race for saying he backs them, according to a published report in The Columbus Dispatch.

Who is Mike Carey?

Carey is the chairman of the Ohio Coal Association and a veteran lobbyist for American Consolidated Natural Resources, formerly Murray Energy. He portrays himself as a political outsider, and much of his campaign has revolved around Trump's support.

In a published article in Humming Zone, Trump invited Carey to speak at a rally in Lorain County in June; he also spoke at a phone event for Carey last week. Corey Lewandowski, a former Trump adviser and campaign manager, has also endorsed Carey's bid for Congress.

This time, Carey is up against ten other Republicans in the GOP primary on Aug. 3 for the opportunity to succeed former U.S. Rep. Steve Stivers, who resigned from Congress in May to head the Ohio Chamber of Commerce. On Nov. 2, the winner will face either Democratic state Rep. Allison Russo or Republican state Rep. Greg Betts.

Former President Donald Trump said through an email, "Numerous candidates in the Great State of Ohio, running in Congressional District 15, are saying that I am supporting them, when in actuality, I don't know them and don't even know who they are. But I do know who Mike Carey is - I know a lot about him, and it is all good," according to a published article in Bussiness Hala.

Several Republicans want Pres. Trump's support and ideas, but it is not clear what compelled Trump to state that he only supports Carey. Carey's opponents, according to a spokesperson, have exploited the former president's name or image in campaign materials. Former state Rep. Ron Hood, for example, has numerous Trump-related postings on his Facebook page, but none of them indicate that Trump has supported Hood.

However, a number of candidates have received large sums of money in the Ohio primary, including $220,000 in attack advertisements against Carey paid for by the Conservative Outsiders PAC. This election is about far more than Ohio politics for Trump.

Meanwhile, anothet Trump political organization, Save America, released a statement in January that explains how the president's political operation sees the significance of his support.