The Biden administration asked Congress on Thursday to prolong a federal eviction moratorium that was due to expire on Saturday, claiming that the Supreme Court had limited its hands. 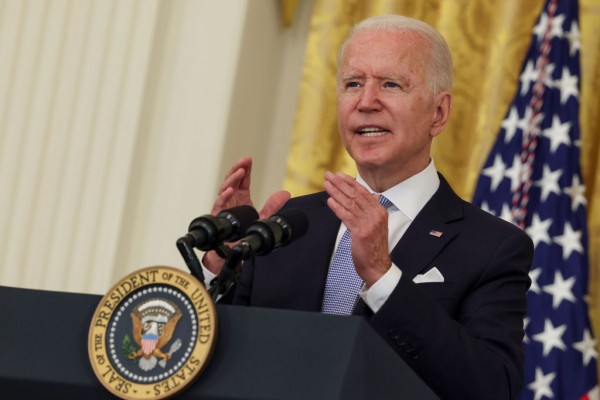 In a recently published article in USA Today, the eviction freeze, which was put in place last September by the Centers for Disease Control and Prevention to safeguard Americans who had fallen behind on their rent during the coronavirus epidemic, is scheduled to expire on Saturday.

However, the White House Press Secretary said that the Supreme Court had made it clear that Pres. Joe Boden cannot extend it. Associate Justice Brett Kavanaugh stated that he made it clear that any further extensions would be blocked unless Congress gave clear and explicit authorization.

Needless to say, over the concerns of landlords, realtors, and other organizations, the Supreme Court permitted the ban to stay in effect until July 31 in a 5-4 decision last month. However, in a concurring opinion, Kavanaugh said that although he believes the CDC overstepped its jurisdiction, he would vote to leave the ban in place since the agency had stated that the freeze will be lifted in just a few weeks, according to a published article in MSN News.

The announcement comes as the nation fights a COVID-19 outbreak driven by the extremely infectious delta strain. Ending the national prohibition, according to housing activists and other organizations, would put millions of Americans in danger of eviction and result in a massive increase in homelessness.

Jaboa Lake, a senior policy analyst at the Center for American Progress, a left-leaning public policy organization headquartered in Washington, said the rollbacks of lifesaving safeguards are premature and would result in the greatest eviction crisis in the U.S. history.

Biden's Action To Extend the Moratorium

Meanwhile, Biden has asked the Departments of Housing and Urban Development, Agriculture, and Veterans Affairs to extend their respective eviction bans until the end of September, according to Psaki, which will provide continued protection for families living in federally insured single-family homes.

In a recently published article in Yahoo News, House Democratic leadership was considering taking legislative action by the end of the week, before lawmakers depart for a six-week vacation, to prolong the freeze till the end of December, in response to public outrage. According to a Democratic aide, Senate Democrats were also working on legislation to extend the ban for the same period.