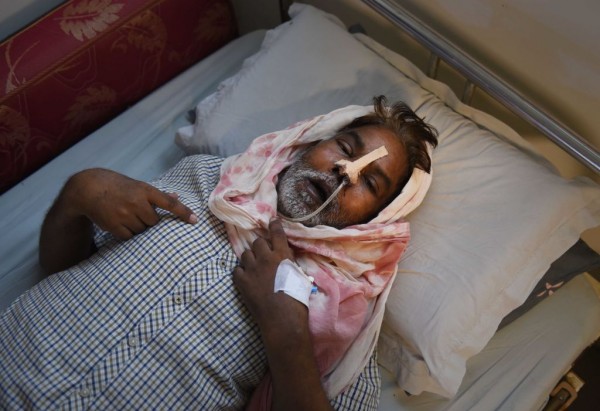 In India, where approximately 30 million instances of COVID-19 have been recorded, there have been upwards of 40,000 cases of mucormycosis, but authorities have cautioned that this is likely an undercount, according to a recently published article in New York Post,

The healthcare system in the country is already overburdened by previous coronavirus outbreaks and limited medical supplies, as well as efforts to treat COVID-19 with steroids in patients with undiagnosed or uncontrolled diabetes, which may be contributing to the spread.

A group of molds known as mucormycetes causes a rare but serious fungal infection. Mucormycetes are found throughout the environment and usually do not bother otherwise healthy people, but they can be problematic for those with health problems or who take medications that reduce the body's ability to fight germs and sickness.

Patients Lost their Vision or Need to Undergo in Operation

In a recently published article in Reuters, one patient, a 39-year-old farmer from Uttar Pradesh, claimed he lost his left eyesight and had to borrow money against his property to pay for medication. Another COVID-19 victim, 65, who lost his sight due to the fungus, would reportedly have to return to work if he heals, according to his daughter.

Dr. Akshay Nair, a Mumbai-based eye surgeon, told BBC News last month that he had already treated 11 patients who required the removal of an eye owing to the fungus. Another surgeon said that 11 patients needed their eyes removed, and six of them died as a result.

Dr. Nair shared that he put a tube into the patient's nose and was extracting mucormycosis-infected tissues, an uncommon but deadly fungal illness. The nose, eye, and even the brain are all affected by this aggressive illness.

Mucormycosis is a very uncommon infection. Mucor mould, which is frequently found in soil, plants, manure, and rotting fruits and vegetables, causes it. It is everywhere, according to Dr. Nair, and may be found in soil, air, and even healthy people's noses and mucus.

It affects the sinuses, the brain, and the lungs, and it may be fatal in diabetics or those who are highly immunocompromised, such as cancer patients or HIV/AIDS patients.

Meanwhile, doctors think that the administration of steroids, life-saving therapy for severe and critically sick Covid-19 patients, maybe triggering mucormycosis, which has a 50% overall fatality rate.

Moreover, steroids seem to help prevent some of the harm that may occur when the body's immune system goes into overdrive to combat the coronavirus by reducing inflammation in the lungs. However, in both diabetes and non-diabetic Covid-19 patients, they lower immunity and raise blood sugar levels.

Doctors believe the severity and frequency of this fungal illness in the second wave, compared to certain instances in the first wave last year, has shocked them.