Two buildings collapsed that occurred in India and South Korea that led to the death of several individuals. 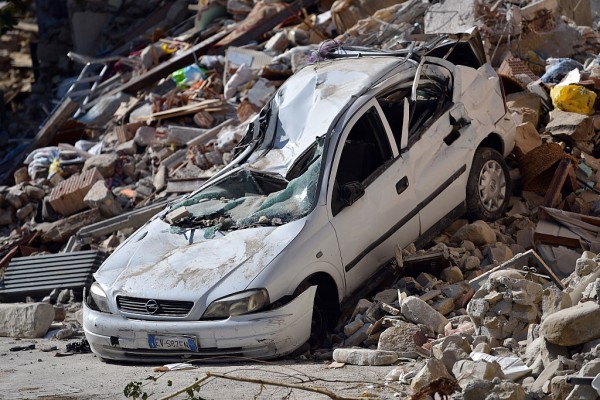 (Photo : Carl Court/Getty Images)
Two buildings collapsed in India and South Korea that led to the death of several individuals.

In a recently published article in Click Orlando, the heavy monsoon rains in the western Indian city of Mumbai caused a 3-story building to collapse in India. Police authorities confirmed that 11 people died while seven others got injured.

Police Officer Ravindra Kadam said dozens of rescuers are removing rubble in search of any residents who could still be trapped. Meanwhile, there are no updates yet about the present status of the rescue.

MSN News reports several portions of the city, India's financial and entertainment center, were inundated during the day with heavy monsoon rains. According to the New Delhi Television station, the building collapsed onto another structure in a slum in Mumbai's Malad West district.

Furthermore, residents assisted fire and police authorities in rescuing individuals, and the seven injured were taken to a hospital in the Kandivali region.

It was also reported that building collapses are prevalent in India during the June-September monsoon season because strong rains erode the foundations of poorly constructed structures. In fact, following heavy rains, a three-story structure fell in a mountainous part of the northern Indian town of Solan in 2019, killing 14 people. The same year, a four-story building in Mumbai fell, killing 10 people.

Authorities confirmed that at least nine people were killed when a five-story structure being destroyed in South Korea collapsed on a bus. The collapse, which occurred in the southern city of Gwangju, injured eight individuals, according to BBC News.

In a statement released by the National Fire Agency, the bus was carrying 17 people and had come to a halt on a nearby street. The cause of the collapse is unknown, and attempts are underway to find individuals who may be trapped.

Fire officer Kim Seok-sun stated in a televised briefing that all personnel on the site had escaped before the building fell. He said that some of the workers informed investigators that they had closed up a pedestrian walkway near the site before the fall.

Meanwhile, social media videos showed the structure collapsing straight on top of the bus. Yang Ik-Je, who owns a business across the street from the fallen building, told Yonhap News Agency that the "ground was trembling." He said that when the building collapsed, he could not see the road clearly because it was shrouded with dust. He also added that when he checked the CCTV he found out that the building collapsed onto a bus.

This is not the worst building collapse in South Korea. In June 1995, one of the world's deadliest peacetime building disasters occurred in South Korea when Seoul's Sampoong Department Store fell, killing over 500 people.

An investigation about the recent incident is now underway to determine who is at fault for the deaths of nine persons. They are also investigating the reason why the building collapsed.