One of the most comprehensive studies on the COVID-19 vaccine in pregnancy contributed to the existence of proof that it is safe. The tentative findings are based on data from over 35,000 pregnant women in the United States who got either the Moderna or Pfizer vaccines. To date, it is uncertain how many pregnant women have been vaccinated.

Their miscarriage, premature delivery, and other complications rates were equivalent to those seen in published studies on pregnant women prior to the pandemic. The New England Journal of Medicine released new evidence from experts at the federal Centers for Disease Control and Prevention on Wednesday, as per Daily Mail. 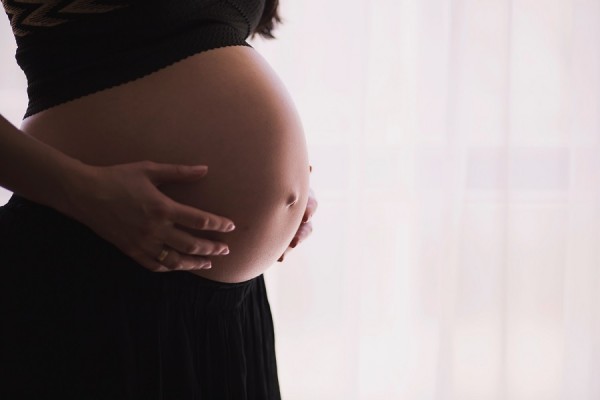 None of the participants in the study were administered with Johnson & Johnson's one-shot COVID-19 vaccine, which became available after the study and is currently on hold until U.S. authorities investigate reports of blood clots in a few women. Separately, the American Society for Reproductive Medicine approved vaccination in infancy on Tuesday, based on data that it had been reviewing for more than a year.

"Everyone, including pregnant women and those trying to conceive, should get vaccinated against COVID-19. The vaccines are both safe and effective," according to the society.

A spokesperson from the society said the new evidence on Johnson & Johnson's vaccine has not been tested. The CDC study is encouraging, but longer-term follow-up is required, added a representative from the American College of Obstetricians and Gynecologists.

COVID-19 vaccine should be available to pregnant women and others who are breastfeeding. And many pregnant women in the United States have opted to be vaccinated. Considering the fact that pregnant people were omitted from the trials that led to the vaccinations' emergency approval, data indicated no harm to women who were unknowingly pregnant when they registered.

According to a preliminary report based on evidence from the U.S. Centers for Disease Control and Prevention, the Pfizer and Moderna COVID-19 vaccines do not appear to face any significant risks during pregnancy. The research used data from the CDC's V-safe mobile monitoring scheme, which tracked 35,691 vaccinated pregnant women between December 14, 2020, and February 28, 2021.

They discovered that pregnant women are more likely than non-pregnant women to experience injection site discomfort, but are less likely to report other side effects such as headache, chills, and fever. When they looked at the 3,958 people who signed up for a pregnancy list, they discovered that 86.1 percent of them finished their pregnancies, while 13.9 percent had a miscarriage. That is in line with what you would find in the general population, where around 15- to 20 percent of reported pregnancies in the United States result in miscarriage.

Also, 9.4 percent of those in the registry had preterm births, and 3.2 percent had underweight babies, according to the study. In the United States, approximately 10 percent of newborns are born prematurely, and 11 percent in high-income countries are born small for their gestational age. There were no deaths among the babies, Business Insider reported.

The researchers discovered that miscarriage was the most frequently recorded pregnancy-related negative outcome (46 cases out of 221) using another screening device called VAERS, which monitors potential adverse effects from vaccines. This did not raise any red flags because miscarriage is normal, and similar effects were shown after the 2009 H1N1 flu vaccine was introduced, which is now recommended in pregnancy.

Although the majority of completed pregnancies happened with women who received their vaccinations in the third trimester of pregnancy, this may be because all of those in the list who received their shots in the first or second trimester were already pregnant when the research finished. Despite this, the analysis had several flaws. V-safe participants were volunteers and most healthcare professionals who were given priority for vaccines, so they do not represent a perfect demographic of vaccinated pregnant women in the U.S., as per KTVU.

The CDC, the American College of Obstetricians and Gynecologists, and the American Academy of Pediatrics, have issued guidance saying a COVID-19 vaccine should not be withheld from pregnant women. They also say all pregnant women should maintain masking and social distancing, even if they have been vaccinated.

Does COVID-19 Vaccine Change Menstrual Cycle? Here Are What To Know