In what is hoped to be an update on the missing Indonesia submarine, Indonesian officials said search teams discovered an object of "high magnetic energy" floating at a depth of 50 to 100 meters in the seas north of Bali, where a submarine carrying 53 crew members went missing. 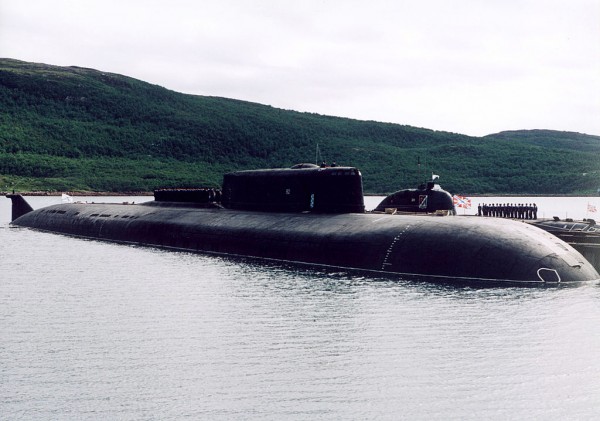 (Photo : Getty Images)
A floating unidentified object was found. Authorities hoped this is the submarine they have been searching for days already.

The Navy's Chief of Staff, Yudo Margono, said authorities hoped the unidentified object was the missing submarine KRI Nanggala-402, which lost contact with authorities on Wednesday during a torpedo exercise, according to a recently published article on Interesting Engineering.

Margono said that they were now waiting for a navy ship with underwater detecting capabilities to appear in the region before continuing their investigation. Furthermore, military officials stated that there was enough oxygen on board to last three days.

The submarine has already been lost for almost 48 hours, leaving only one day to find the 53 individuals before they run out of oxygen. In a recently published article on ABC, Margono said "Hopefully we can rescue them before the oxygen has run out."

Teams also found an object with a "high magnetic energy" floating in seas north of Bali at a depth of 50 to 100 meters. Notably, this is close to where the submarine vanished. If the detected object is the submarine, Navy officials believed the crew could have intentionally released its fuel load to cause it to float.

Margono mentioned that the teams are now waiting for a navy ship equipped with underwater detection equipment to arrive so that they can conduct further investigations.

Indonesia Pres. Joko Widodo said on Thursday, "I have ordered the military chief, navy chief of staff, the search and rescue agency and other instances to deploy all the forces and the most optimal efforts to find and rescue the submarine crew."

Indonesia Searches for Missing Submarine With 53 People on Board, Asks Australia for Help

What Happened to the Submarine?

According to navy spokesman, Colonel Julius Widjojono, the aging German-made submarine was performing a torpedo drill in waters north of Bali but failed to relay the results as predicted. Indonesia's Defence Ministry said the submarine was carrying 49 crew members, a captain, and three gunners, according to a published article on CNN News.

Authorities said the submarine requested permission to dive or submerge, at 3 a.m. local time Wednesday before losing contact. Margono claimed that the submarine had only launched two torpedoes as part of training drills, one with live ammo and the other with a practice warhead.

Widjojono claimed the submarine could dived up to 500 meters below sea level, but officials believed it went 200 meters deeper. Authorities are hopeful that the crew is safe but agreed that the condition could be fatal at that depth, according to Widjojono.

Indonesia has reached out to neighboring countries, Singapore and Australia, to locate the sailors while they are still alive. The Australian government gave the Indonesian military whatever help it could for the rescue mission.

Australia Foreign Minister Marise Payne said, "We operate very different submarines from this one, but the Australian Defence Force and Australian Defence organization will work with defense operations in Indonesia to determine what we may be able to do."