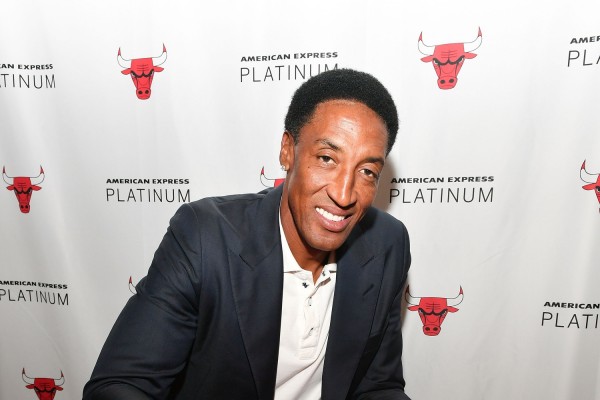 Pippen tweeted Monday and wrote, "The two of us shared a love for basketball and we had countless conversations about the game. Antron suffered from chronic asthma and if he hadn't had it, I truly believe he would've made it to the NBA."

He added that Antron never let that get him down, he stayed positive and worked hard, and he is so proud of the man that his son became. "Please keep his mom, Karen, and all of his family and friends in your thoughts and prayers," said Scottie in a recently published article on CBS News.

Scottie, who had Antron with ex-wife Karen McCollum, broke the heartbreaking news in a series of tweets on Monday, but he did not disclose Antron's cause of death. Pippen and his first wife, Karen McCollum, only had one son. In 1990, the couple divorced.

Antron Had The Same Passion With His Father

In a recently published article on NBC News, Scottie said that Antron played basketball just like him. However, Antron suffered from chronic asthma, and Scottie believed that he might have made it to the NBA if he was not sick.

The NBA Basketball Hall of Famer also shared how proud he is of his son. He described his son as optimistic and hard-working. Pippen concluded his post by asking for prayers for his son's family and friends.

He wrote, "A kind heart and beautiful soul gone way too soon. I love you, son, rest easy until we meet again," according to a recently published article on ABC7 Chicago.

Aside from Antron, Scottie also has four children with his ex-wife Larsa Pippen. He and ex-fiancée Yvette De Leon have a daughter, Sierra, while he and then-girlfriend Sonya Roby adopted twins Taylor and Tyler on July 20, 1994. Tyler passed away nine days later.

Antron was a basketball player with South Georgia Technical College. Since learning about the athlete's death on Monday, the group took to social media to pay tribute to him where he played for one season.

The statement read, "The Jets family was saddened to learn of the death of one of our former players, Antron Pippen. His family and friends are in our thoughts and prayers. Antron was a Jet during the 2006-2007 season."

Antron once said, "I'm used to the expectations. When I was younger, it bothered me. I was trying to prove to people that I could play. I'm very proud of my father. But I can only be myself."

In 2008-09, the younger Pippen played one season of Division II basketball at Texas A&M International University in Laredo, averaging 12.4 minutes and 3.4 points per game. In 2006-07, he also played junior college basketball at South Georgia Technical College.