A late-night shooting at a FedEx facility in Indianapolis killed eight people, and the gunman killed himself, says police. 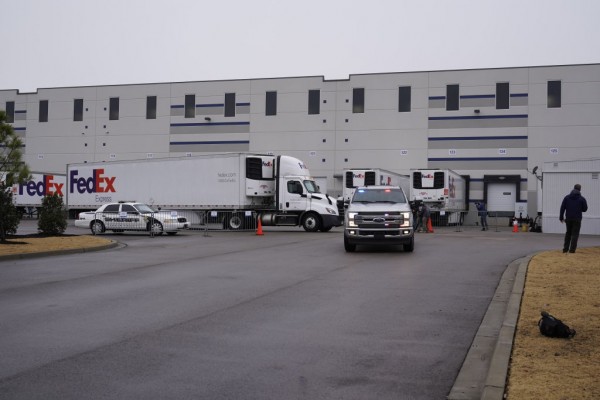 Gunfire fired at the facility outside the Indianapolis International Airport on Thursday night, injuring several others, said police spokesperson Genae Cook. At least four people were taken to the hospital, one of whom had severe injuries. She said that two more people were treated and released at the scene, Politico reported.

Investigators were holding interviews and collecting evidence while the gunman was not immediately identified. Cook said it was too soon to know if the suspect was a FedEx facility employee.

This was at least the third mass shooting in Indianapolis alone this year. In January, five people were shot and killed, including a pregnant woman, and in March, a man was accused of killing three adults and a kid before abducting his daughter after a confrontation at home.

Just after 11 PM on Thursday, police were sent to calls of gunshots, and officers "came into contact with an active shooter incident," said Cook. Later, the gunman took his own life.

Chicago Police Shooting: Who Is the Suspect That Killed 13-Year-Old Adam Toledo, What Is His Motive

"The police arrived, did their duty, and left." All of them are attempting to face this since it is a sight that no one should have to see," Cook added. FedEx said in a statement that it is cooperating with officials and seeking to obtain more information.

"We are mindful of the horrific shooting that occurred near the Indianapolis airport at our FedEx Ground plant. "Our highest priority is safety, and our hearts go out to all those who have been affected," the statement said. Family members met at a local hotel to find out what had happened to their loved ones. Employees aren't permitted to keep their phones on them when working shifts at the factory, as per WTHR-TV. This makes it difficult to reach them.

According to the Indianapolis Star, Ashlee Floyd's father has worked at the facility for the past two decades. He usually calls his wife at 11:25 PM, but he didn't call on Thursday, so family members tried to reach him, but he didn't answer.

Crime scene tape was seen in the parking lot outside the hospital on live video from television stations on the scene. Meanwhile, a witness who claims to work at the facility told WISH-TV that he saw a man with a gun after hearing multiple gunshots. Jeremiah Miller said, "I saw a guy with a submachine gun of some kind, an automatic rifle, and he was shooting in the open."

Another man told WTTV that his niece was in the driver's seat of her car when gunshots occurred, injuring her. "She was shot in the left arm," Parminder Singh said. "She's fine; she's now in the hospital." He said that his niece had never seen the gunman.

1 Dead, 6 Out of 12 Rescued After a 129-Foot Boat Capsized on Louisiana Coast

Who are the victims of the Indianapolis shooting?

Eight people were killed, and several more were wounded and taken to the hospital. At 3 AM on Friday, at least one person was still in critical condition. Other wounded people went to the local hospitals.

According to Cook, no law enforcement officers were among the wounded. For anyone who had not heard from loved ones, police formed a family unification center at the Holiday Inn, a mile from the FedEx facility. FedEx has a policy that requires staff to switch off their phones before starting work on the floor, as per the NY Times.

Family members waited in the hotel lobby for several hours after the shooting, hoping to know if their loved ones who worked at the ground facility were safe. Some were dressed in their pajamas. On one man's back was a sleeping child wrapped in a blanket. To shield themselves from COVID-19, they wore masks. Other family members described the scene inside the Holiday Inn's ballroom as "chaos."