President Joe Biden has started publicly courting Republicans to support his massive infrastructure plan. Still, his outreach is meant as much to hold Democrats in line as it is to pave the way for a compromise agreement.

White House aides said Biden's high-profile Oval Office meeting with a bipartisan group of lawmakers on Monday was just one aspect of his campaign to win over GOP lawmakers. 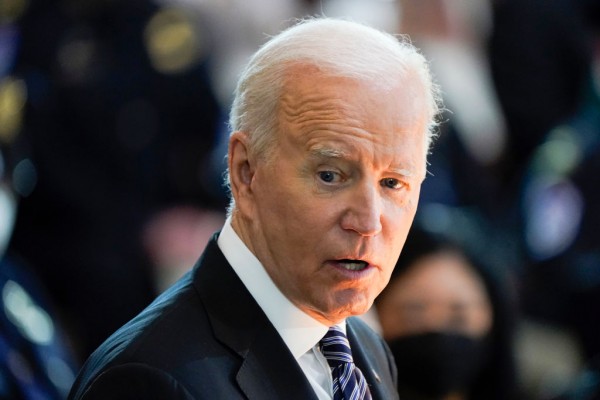 Even if it fails, it can serve a useful purpose in boxing in Republicans while keeping the diverse Democrats in line. Some moderate Democrats, including West Virginia Sen. Joe Manchin, have called for a bipartisan attempt to approve the $2.3 trillion measure.

Although Biden has said that he needs Republican support, the White House is still prepared to do it alone if necessary to pass the bill, AP News reported. That will put the Republican Party in the strategically unpopular position of justifying why it opposes investments that many Americans want.

"I'm not big on window dressing, as you've observed," Biden said, dismissing the concept that his outreach to Republicans is just for show.

Lawmakers left the White House meeting with the impression that Biden was open to discussion and that the president's team would be heading to Capitol Hill on Tuesday to speak with them or other lawmakers.

Cabinet officials and supporters have met with lawmakers and activists since spreading out around the country to market the initiative directly to constituents as part of the White House outreach. According to officials, Biden will have more bipartisan conferences this month, and senior administration officials will consult with congressional panels this week.

However, most Republicans have shown no interest in supporting the effort, for the time being, opposing the possibility of raising the income tax rate to pay for it. They have slammed the initiative as unnecessary spending, opting to let Biden follow his top priorities on his own.

Mitch McConnell, the Republican leader in the Senate, said Tuesday that Republicans did not need to dismantle the GOP tax legislation to pay for it. "We need an infrastructure bill that is as high as we can credibly pay for it without undoing the 2017 tax bill," McConnell said at his press conference.

President Biden told reporters on Monday that he is "prepared to talk" with Republicans on his ambitious $2 trillion infrastructure plan, adding that he is open to negotiating the bill's scale and funding. Biden's outreach to Republicans comes when there seems to be no space or political will in the Senate for discussion or compromise.

Although Biden ran on a message of unity, reaching across the aisle and using his decades of Senate experience to strike compromises and setting aside the political bickering that so frequently divides politics, Democrats have only made one significant legislative effort so far. The Senate's 92-7 vote in March to extend the Paycheck Protection Program was the only true, clear sign of bipartisan cooperation so far, as per Washington Post.

According to aides and analysts, the Democratic president seems to be lacking political capital with ten Senate Republicans who have shown an interest in negotiating with Democrats. Susan Collins and Mitt Romney are among the Republicans who might send him the votes he needs to pass bipartisan legislation.

Biden's party has a razor-thin majority in both the House of Representatives and the Senate, but he cannot afford to lose any Democratic support. This has encouraged Democratic moderates like Senator Joe Manchin, who wields disproportionate power through his legislative agenda.

On Monday, Biden met for an hour and 40 minutes with four Republicans who lead relevant House and Senate committees. They did not indicate endorsing his massive infrastructure plan or the corporate tax hikes he proposed to fund it.

After the meeting, Senate Commerce Committee Chairman Roger Wicker told reporters, "Clearly there are aspects of this initiative that are non-starters for Republicans." He told Biden that getting a bipartisan agreement on corporate tax increases would be "nearly impossible."

According to Reuters via Yahoo, Biden emphasized the importance of Congress going large to place the nation for global growth. According to a Democratic aide, he also showed an openness to splitting up the package, adding bipartisan support for broadband inclusion in the package.

After a newspaper story that Democratic U.S. Rep. Donald Payne said the president demonstrated an openness to increase the gasoline tax, the meeting caused some uncertainty over Biden's tax stance. Biden had said he would not support raising the gas tax to fund his plan because it would not collect enough money, a White House official said later.