Tokyo adopts tougher rules to mitigate the spread of COVID-19 before the Tokyo Olympics. Elders also start to receive the vaccine.

Tokyo has taken stricter anti-coronavirus action as Japanese officials struggle to contain the outbreak of a more infectious strain ahead of the Olympics in a world where fewer than 1 percent of residents have been immunized, according to a recently published article on the U.S. News. 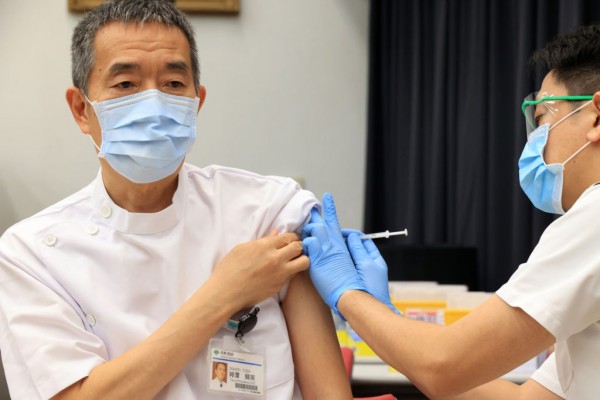 Just three weeks after the capital's nonbinding state of emergency ended, COVID-19 rules authorized the Tokyo governor to require shortened operating hours for bars and restaurants, fine violators, and pay those who comply. The restrictions will be in effect until May 11.

According to a recently published article on the Daily Progress, to prevent travel, the status was also lifted for Kyoto in western Japan and the southern island prefecture of Okinawa. It would continue until May 5, the end of Japan's "Golden Week" holidays.

Tokyo Gov. Yuriko Koike has urged people to stop unnecessary travel and to exercise social distancing. She demanded that bars and restaurants reopen at 8 p.m. in several locations and advised people to be vigilant because vaccines are still in the early stages.

Koike said, "We are still unarmed as we fight against the resurgence of the infections. Please follow the guidelines." Health officers will now patrol bars and restaurants to ensure that safety precautions are followed and testing at nursing homes will be improved.

Elders Start To Receive the Vaccine

Prime Minister Yoshihide Suga visited a vaccination center in Tokyo's western suburbs and promised to do whatever possible to ensure a smooth and fast service. With less than 500,000 cases and 9,400 deaths since the pandemic started, Japan has fared better than the United States and several European countries. However, there has been an increase in recent weeks, with 2,762 cases registered across the country on Sunday.

On the other hand, vaccinations have fallen behind several other countries due to insufficient stocks of the Pfizer vaccine, which is the only one authorized in Japan. So far, Japan has had to focus entirely on the imported shot. In Japan, the first of two vaccine doses were administered to slightly more than 1 million people.

Inoculations for medical professionals began in mid-February, and the campaign would concentrate on elderly adults throughout the summer. The majority of the population would almost certainly have to wait until July or later, making it nearly impossible for Japan to achieve so-called herd immunity until the Tokyo Olympics begin on July 23.

Other Vaccine Updates in Japan

AstraZeneca and Moderna shots are also awaiting approval. Japan has confirmed orders for 344 million vaccine doses to be delivered this year, enough to cover the whole country. Owing to stock shortages and export restrictions in Europe, where such vaccines are sourced, obtaining sufficiently imported vaccines is a major concern. Cases with blood clots related to the AstraZeneca vaccine also raised concerns.

Taro Kono, Japan's vaccines minister, has stated that stocks are planned to improve by May. Japan will have enough of the Pfizer vaccine to protect its 36 million elderly citizens by the end of June.