Former Vice President Mike Pence Set to Release Memoir in 2023, What Should We Expect?

Former Vice President Mike Pence has agreed to write a memoir about his journey from a small town in Indiana to Washington, D.C., and has signed a book contract with a major publisher.

The untitled memoir is scheduled to be released in 2023 and will cover his upbringing, early political career, and tumultuous four years as Donald Trump's right-hand man. The Associated Press confirmed that Pence's agent, David Vigliano, said the contract was worth "way into seven figures," while CNN speculated that he could be paid up to $4 million.

Pence memoir would tell of his stint with the Trump administration 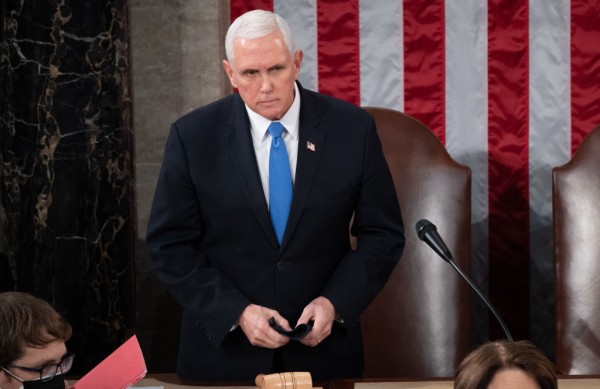 The untold tales from the core of what some have termed an often-dysfunctional Trump presidency would be the biggest appeal for many. Pence stayed true to his former boss throughout his four-year tenure, avoiding the fate of many people who were fired during that period.

He might imply that he knows more than anyone about the hirings and firings, controversies, and decision-making that characterized Trump's administration, including the government's response to the coronavirus pandemic's first year. Pence is also the first top Trump administration official to announce a contract since the administration was replaced in January. If previous political memoirs are any indication, Pence's book would likely reveal juicy information about his tenure in office, as per Newsweek.

Hunter Biden Has Explosive Revelations in His Memoir "Beautiful Things"

Rumors of a potential presidential run in 2024 are linked to talks of Republican base tensions. Pence has long been mentioned as a possible presidential nominee, and his reappearance in the public eye in recent weeks has sparked discussions about a run.

According to YouGov Ratings, he is the fourth most well-known Republican according to data gathered between October and December last year. However, he will face resistance from those on the far right of the party who want Trump to return. Pence was considering a bid after "betraying the constitution, Trump, and the American people," according to Infowars conspiracy theorist Alex Jones, who has 178,000 followers on Gab.

Mike Pence might mention the conservative group in his memoir

The former vice president has already joined Heritage Foundation, a conservative Washington think tank. His memoir will reveal more information about this and other political advocacy work he has planned. The news arrives on the same day as Pence announced the formation of Advancing American Freedom, a conservative advocacy group.

Mike Pence said Wednesday that the group "would protect and build upon the Trump-Pence Administration's ambitious policies" and "will help counter the Radical Left Agenda and Advance American Freedom for years to come." Last month, the former vice president began re-entering national debate by speaking out about a Democratic-led electoral overhaul bill approved in Congress. In February, the former Indiana governor confirmed his appointment as a distinguished visiting fellow at the Heritage Foundation, a conservative think tank, as per N.Y. Post.