Hunter Biden has rekindled his feud with the Trump children, accusing them of "reaping the rewards of their family name." President Joe Biden's son criticized the Trump children - Donald Trump Jr., Ivanka Trump, and Eric Trump - in his latest book, "Beautiful Things," for not finding work outside of their father's business. Hunter said, "I've worked for someone other than my dad, and I've risen and fallen on my own." 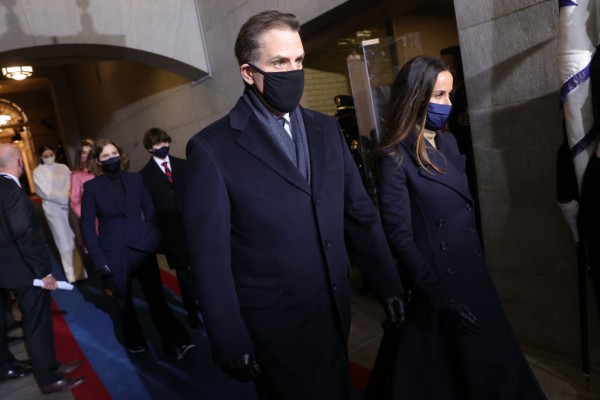 He admitted that his last name was a "cherished credential," but he accused the former president's children of implying that their millions were earned independently rather than as a result of bearing the Trump name. Hunter Biden is the middle child of President Joe Biden and was a top target of the Trump team in the run-up to the 2020 election, as per The Insider.

He was accused of profiting from shady Chinese investments and possessing dark links to Ukrainian gas firm Burisma Holdings, among other things. Hunter recently admitted that he "didn't know" that his work with Burisma would become a political burden for his father. In a BBC interview, Biden said that Burisma saw his name "as gold," and that the Biden name, which he described as a privilege and a burden, had opened doors that would not have been opened to other people.

Hunter Biden Has Explosive Revelations in His Memoir "Beautiful Things" 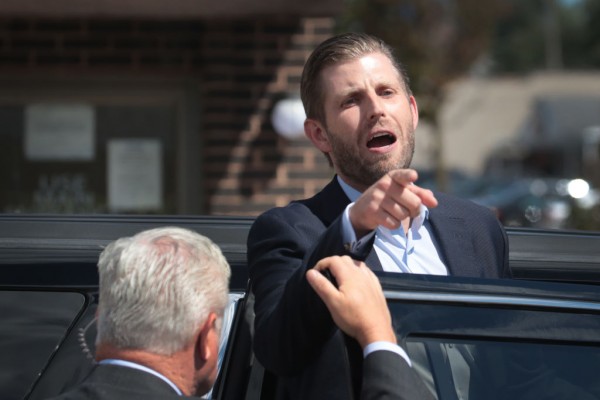 (Photo : Scott Olson/Getty Images)
Democrats Launch Unprecedented Virtual Convention From Milwaukee MILWAUKEE, WISCONSIN - AUGUST 18: Eric Trump, the son of President Donald Trump, greets a small number of supporters outside of the Milwaukee Police Association hall where he spoke to about 20 people on August 18, 2020 in Milwaukee, Wisconsin. The visit comes a day after his father visited the nearby city of Oshkosh and on the second day of the Democratic National Convention being held virtually from the Wisconsin Center downtown. The convention, which was once expected to draw 50,000 people to the city, was forced to take place virtually due to coronavirus concerns.

Meanwhile, Eric Trump has slammed Joe Biden and his family, saying that if he and his brother Donald Jr "lied about weapons like Hunter," they would be "imprisoned for life." President Biden's eldest son Hunter "is clearly a troubled kid," according to Donald Trump's second eldest son, who spoke to Fox News about claims that he lied on a federal form about possessing a discarded rifle.

Hunter's suspected business relations with Ukraine and China were also targets for Eric Trump, The Sun reported. According to sources, Hunter Biden said in 2018 that his then-girlfriend tossed his gun in the trash because she was "scared he'd hurt himself" due to a drug and alcohol addiction.

Since Delaware police opened an investigation after the firearm went missing from the garbage can, the president's son reportedly claimed that the FBI and Secret Service were involved in the incident. The bizarre incident allegedly occurred on October 23, 2018, when Hunter's late brother Beau Biden's wife Hallie Biden reportedly tossed the weapon in the garbage behind a grocery store and returned later to find it missing.

The publication obtained a Firearms Transaction Record and a receipt for the weapons dated October 12, 2018. When asked, "Are you an illegal marijuana user or addicted to any depressant, stimulant, narcotic drug, or other controlled substance?" Hunter answered, "no."

Biden's son was released from the Navy five years ago for using drugs, and his family has spoken out about his struggle with addiction. Politico broke the story first on Thursday, claiming that the Secret Service interfered after Hallie called the police to report the missing gun, and an investigation was launched.

Hallie had thrown the gun away because she was "afraid for the kids," according to Hunter Biden's alleged texts to his therapist released by  DailyMail on Friday. "Did I tell you what she did with my 38?" Hunter allegedly wrote in a text message discovered on his abandoned laptop in December 2018.

During today's interview, Eric Trump said that he and his brother are also firearms lovers. Eric referred to himself and Don Jr. as "shooters" and "second amendment advocates."