A new analysis indicates more should have been done to prevent the contamination that destroyed over 15 million vaccine doses. 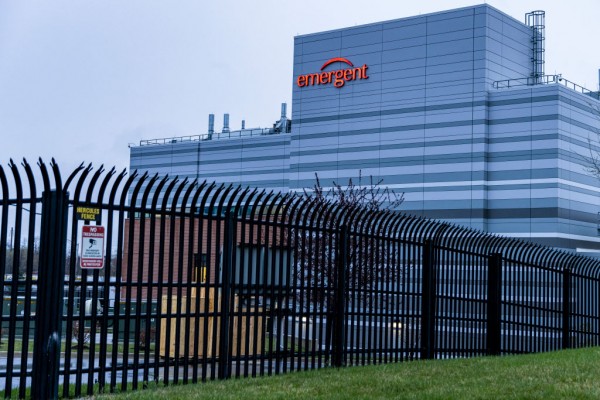 (Photo : Tasos Katopodis/Getty Images)
15 Million Doses Of Johnson & Johnson Vaccine Ruined At Baltimore Lab Mix-Up BALTIMORE, MARYLAND - APRIL 01: The exterior view of the Emergent BioSolutions plant on April 01, 2021 in Baltimore, Maryland. At this Baltimore Lab, 15 Million Doses Of Johnson & Johnson Vaccine were ruined, which will delay shipments of the vaccine in the United States.

According to two sources with direct knowledge of the matter and an internal report, senior officials in the Trump and Biden administrations were aware of oversight and quality assurance issues at Emergent BioSolutions' Baltimore plant months before the firm accidentally contaminated 15 million doses of Johnson & Johnson's COVID-19 vaccine.

In June 2020, a briefing on Emergent's inner workings was submitted to officials from the Trump administration's vaccine plan, Operation Warp Speed, and the Department of Health and Human Services. The document, which was written by a government official, found that the company's proposal for producing desperately needed COVID-19 vaccines was inadequate. According to the two people who read the study and explained it to POLITICO, Emergent's problems hiring and attracting skilled workers meant it couldn't guarantee success in making the shots.

The report was shared with senior Trump officials, including Gen. Gustave Perna, the chief operating officer of Operation Warp Speed, who continues to work in that position for the Biden administration; Moncef Slaoui, the vaccine lead at the time; and Robert Kadlec, the HHS assistant secretary for preparedness and response under Trump. During the transition, officials from the Trump administration gave the report, along with other crucial Operation Warp Speed records, to the Biden team.

Emergent only had a fraction of the necessary experienced staff to oversee quality control and technology transition operations for COVID-19 vaccine development, according to the report, which came after an April 2020 inspection by the Food and Drug Administration. The company had already agreed to produce J&J's vaccine and was in talks with AstraZeneca about a similar deal.

The federal government lacked corporations to assist the vaccine plant

Following the release of the June 2020 report, Trump administration officials met with Emergent and J&J leaders several times to review its conclusions. J&J was advised by the federal government to send workers to the Emergent plant to further boost operations.

According to those reports, the firm slowly recruited more workers into its quality control and tech transition departments over time, but the plant's level of knowledge and skill remained insufficient, resulting in continuing manufacturing issues first exposed by the New York Times. Emergent has been criticized by the FDA many times in the past for having poorly trained employees and failing to cope with mold and contamination in its laboratories.

WHO, Others, Warn Using Ivermectin as Treatment to COVID-19

During an investigation of Emergent's Baltimore plant in April 2020, the FDA blamed the firm for problems with staff preparation while treating an experimental anthrax vaccine. According to The Associated Press, the FDA stated that the firm "failed to train staff 'in the specific operations they conduct as part of their work and existing good manufacturing practices."

A source familiar with the FDA's probe said that the citation was the lowest degree of alert the agency issued. Officials from both Trump and Biden claim that the federal government should have done enough to support Emergent in increasing hiring and quality management around the production of COVID-19 vaccines. While the government contributed to the production and testing of J&J's shot, it has little influence over Emergent's activities or how its internal inspection units are operated.

After the batch contamination news broke, J&J has announced that it will commit additional staff and resources to the Emergent plant, where they will operate 24/7 to fix the problem. According to a recent J&J announcement, "the firm is recruiting committed leaders for logistics and quality, as well as greatly expanding the amount of manufacturing, quality, and technical processes staff to collaborate with the company specialists currently at Emergent."