Russia is suspected of hacking US State Department emails 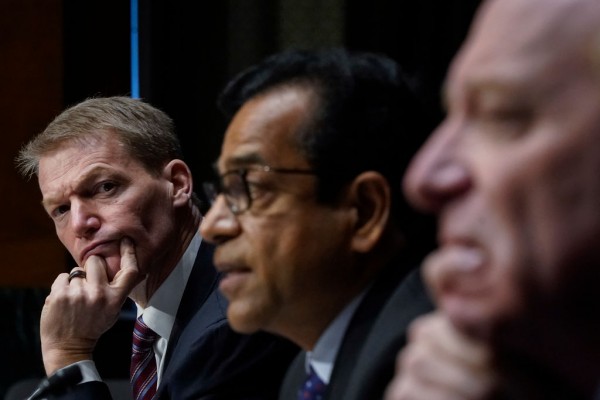 The cyberattack is the Kremlin's second in a decade to compromise the State Department's email server. According to Politico, the hackers accessed emails from the Bureau of European and Eurasian Affairs and the Bureau of East Asian and Pacific Affairs. The hackers are thought to have been unable to obtain access to the classified network.

The breach follows an intrusion operation in which Russian hackers used SolarWinds tools to gain access to federal and private networks. Software developed by SolarWinds, which was compromised in a hack, is used by the government and private sector, as per Daily Mail.

According to a White House official, the hack attacked at least nine federal agencies and 100 private organizations, and they squarely blamed the Russian government for the attack. It's unclear if the most recent hack was part of the same effort to exploit the security bug. "The Department takes seriously its duty to safeguard its information and takes regular measures to ensure information is secure," a State Department spokesman said.

Anne Neuberger, the White House's Deputy National Security Adviser for Cyber and Emerging Technology, said the White House would not comment on the latest hack. She claimed that the administration had found five cybersecurity bugs through federal departments that were being addressed to avoid potential vulnerabilities.

"Several federal agencies have been hacked in the last year," she added. We found significant gaps in cybersecurity protections through federal agencies as part of the Administration's SolarWinds review.

The most recent email hack indicated that hackers had access to more information than previously thought. The bureaus focused their efforts on issues affecting US allies such as NATO, as well as European and Indo-Pacific partners.

The Kremlin has used Cyber Warfare to spread misinformation, obtain access to classified data, and sow discord. In 2015, Russian hackers hacked the State Department and the White House in the "worst ever" cyberattack against a federal agency.

Because of the COVID-19 pandemic, many people have been operating from home this year, leaving computers less secure, making federal workers more vulnerable to threats. On Monday, it was reported that the SolarWinds initiative had endangered top State Department leaders, including former acting DHS Secretary Chad Wolf.

Solarwinds hack was a significant breach in the US history

They have had access to the Energy Department and the National Security Administration's network, which deal with nuclear weapons. The current Joe Biden administration is looking at the full extent of the SolarWinds hack but hasn't said anything about it publicly.

Russia has threatened US election campaigns before, and in 2016, it obtained access to Hillary Clinton's campaign leader, John Podesta. To stop the cyberattacks, the US has imposed sanctions on Russian officials, and a series of Kremlin hackers have been charged. It comes amid strained relations between Washington and Moscow, following Biden's assertion that Putin was a "killer," causing Putin to recall his US ambassador.

The SolarWinds hack was revealed to have breached emails from top officials at the Department of Homeland Security (DHS) on Monday. Hackers allegedly gained access to the accounts of the DHS staff, including Chad Wolf, the department's former acting secretary.

Former Energy Secretary Dan Brouilette's personal schedules were also reportedly accessed by hackers. But the Energy Department told The Hill that it had found "no proof that the network that manages senior officials' schedules was compromised."

The SolarWinds data leak is one of the most significant in US history. The Biden administration is also trying to figure out how big the SolarWinds hack is indeed. According to US intelligence agencies, Russian hackers "actually" exploited vulnerabilities in applications from IT firm SolarWinds.