Oscar Nominated George Segal Dies Due To Complications After Surgery

George Segal, a legendary actor with a career spanning more than six decades, died on Tuesday at 87, says his wife. In a statement released by Sony Television, Sonia Segal said, "The family is saddened to announce that George Segal passed away this morning due to complications from bypass surgery." 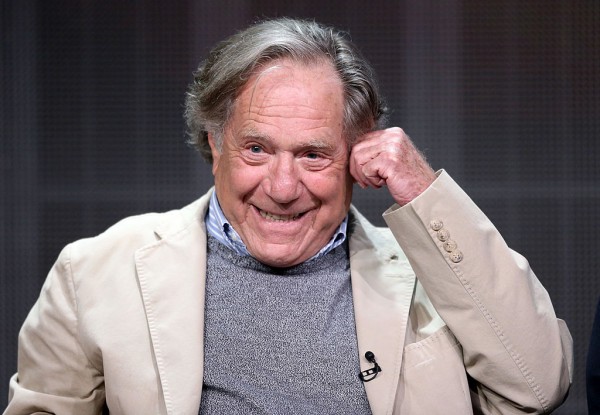 Segal was born on Long Island, New York, and his acting credits include "Who's Afraid of Virginia Woolf?" (1966), for which he won an Oscar Nomination, and "A Touch of Class" (1973).

In films like "The Duchess and the Dirtwater Fox" and "Fun with Dick and Jane," he was known for playing wry leading men by the 1970s. In the 1990s, Segal became more well-known for his television appearances, such as in "Just Shoot Me!" as the somewhat bumbling fashion magazine owner Jack Gallo. In his semi-autobiographical series "The Goldbergs," producer Adam F. Goldberg cast Segal as Jewish family patriarch Albert 'Pops' Solomon in 2013, CNN reported.

Segal was a charming and clever actor who excelled in both dramatic and comedic roles and had a lifelong passion for the banjo. In the early 1960s, Segal started his acting career on the New York stage and television, as per Daily Mail.

In 1965, he acted as a scheming, wily American corporal in a World War II prisoner-of-war camp in "King Rat," a star-studded group drama in which he played an artist. George Segal, a native of Great Neck, New York, is best known for his appearance in the intense 1966 drama "Who's Afraid of Virginia Woolf."

Based on Edward Albee's acclaimed play, the film's entire cast received Academy Award nominations, Elizabeth Taylor and Burton for leading roles, Sandy Dennis, and George Segal for supporting roles. The women received Oscar awards, but the men did not.

He was best known to younger audiences for his roles as magazine publisher Jack Gallo on the long-running NBC series "Just Shoot Me" (1997-2003) and grandfather Albert' Pops' Solomon on "The Goldbergs" since 2013. In a series of comedies in the 1970s with A-list directors and co-stars like Glenda Jackson, who won an Oscar for her role in "A Touch of Class," Segal cemented his stardom, NY Post reported.

Segal starred alongside Ruth Gordon as a lawyer in the 1970 dark comedy "Where's Poppa," as a gems robber in 1972's "The Hot Rock," as an out-of-control gambler in Robert Altman's "California Split," and as an adulterous Beverly Hills divorce attorney in Paul Mazursky's "Blume in Love" in 1973. In "Fun with Dick and Jane," he starred opposite Jane Fonda, fell for Barbra Streisand's charms in "The Owl and the Pussycat," and played Natalie Wood's husband in "The Last Married Couple in America."