H&M has faced a storm of criticism in China following a comment it made more than half a year ago in which it distanced itself from cotton sourced from China's Xinjiang region. 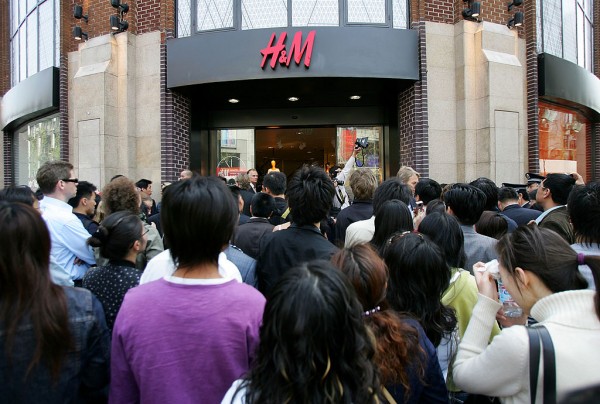 H&M products have been withdrawn from big Chinese online retailers' websites and smartphone apps. The Swedish brand has also cut ties with two Chinese celebrities. Such western apparel companies, such as Nike, New Balance, and Burberry, are now being lambasted by Chinese state media for not using Xinjiang cotton. "No powers will stain or blacken pure and flawless Xinjiang cotton," a Chinese commerce ministry spokesperson said on Thursday, as per WMRA.

The boycott calls come just days after the European Union, the United Kingdom, the United States, and Canada sanctioned four Chinese individuals and organizations for suspected human rights violations in Xinjiang. H&M's problems stem from a statement released last September. The company voiced outrage over reports of forced labor in Xinjiang and stated that forced labor would not be tolerated in any of its supply chains.

Months passed without incident until this week when internet users became aware of the statement and started criticizing the brand for allegedly harming Chinese interests. Aside from H&M, Nike, and Adidas - two other brands that have entered boycotts of Xinjiang cotton - are now trending on Chinese social media, with hundreds of thousands of people criticizing them.

As of Thursday, the H&M statement has been removed from the company's website. The business stated on Weibo that it "consistently respects Chinese consumers" and is committed to "long-term investment and growth" in China.

The clothes retailer's biggest market is China. In mainland China, H&M has 505 stores, second only to the United States. The H&M Group sold $1.2 billion in mainland China alone in 2019. Hundreds of thousands of people from Muslim ethnic minorities, including Uyghurs, have been arrested by Chinese authorities in Xinjiang. Many of those released from Xinjiang's detention centers are then sent to state-run factories and cotton farms. Xinjiang produces up to 85% of China's cotton, with most of it targeted for export.

According to BBC News, many Chinese people have called for boycotts, celebrities have broken ties with H&M, and e-commerce websites have removed H&M from their sites. It comes since China was sanctioned by several Western countries this week.

China is accused of grave human rights abuses in Xinjiang against the Uighur Muslim minority. Sanctions against senior officials in the northwest area include travel bans and asset freezes. In December, BBC reported that China was driving hundreds of thousands of minorities, including Uighurs, into manual labor in Xinjiang's cotton fields, based on new data.

Celebrities have cut ties with Nike and Adidas, H&M is facing a boycott, and Burberry has been dropped from a contract with a gaming company after China declared a PR war on Western companies critical of human violations against Uyghurs and other minorities in Xinjiang. According to human rights groups, at least one million Uyghurs and people from other predominantly Muslim communities have been detained in camps in the country, where officials are accused of forcefully sterilizing women and imposing forced labor.

Xinjiang is one of the world's top cotton-producing regions, supplying fabrics to several Western clothing brands. However, after the accusations emerged, many companies have attempted to separate their products from Xinjiang cotton producers.

This has angered China, which rejects any human rights violations, claiming that labor camps are only educational programs and job schemes that have helped combat terrorism and increase incomes.

Celebrities, tech companies, and state media weighed in on many multinational fashion giants, helped by anger on China's closely regulated social media, as China's massive consumer base was mobilized against opponents of Beijing's conduct in Xinjiang. After a year-old company statement was re-posted online, saying it was "really worried" about the claims of slave labor, Chinese TV stars Wang Yibo and Tan Songyun announced they would terminate all commercial relationships with Nike, AFP via Yahoo reported.