According to county-level data collected by a legal disclosure website, Tesla's Bay Area production plant reported hundreds of positive COVID-19 cases following CEO Elon Musk's defiant reopening of the plant last May. Tesla received about 10 reports of COVID-19 cases in May, when the plant reopened, and saw a steady increase in cases all the way up to 125 in December, as the disease caused by the novel coronavirus peaked across the world, according to the document obtained by the website PlainSite following a court ruling this year. 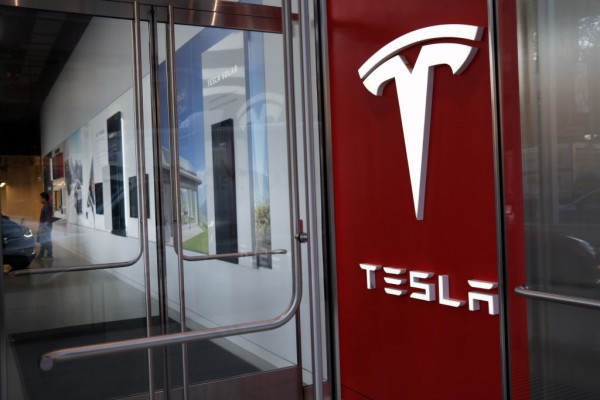 Tesla was forced to submit positive cases to the health department as part of an arrangement signed in mid-May that allowed it to reopen. Despite about ten cases in May, the health department informed The Washington Post in early June that there were no reported cases of workplace COVID-19 infections impacting county residents, according to the data.

An appeal for comment from Tesla and the Alameda County Public Health Department and its officials was not returned. Musk fought back hard against the county's imposed suspension, insisting that Tesla should be allowed to keep making cars despite the stay-at-home orders. He railed against government mandates in late April, hurling expletives and declaring them "fascist" during an earnings call. By May 11, he had announced that Tesla would reopen, gaining praise from anti-shutdown activists.

Elon Musk, the CEO of Tesla, and its board have been sued by a businessman who says Musk violated his 2018 deal with the Securities and Exchange Commission (SEC) over his Twitter conduct. Musk's "erratic" tweets, including one last May 1 saying Tesla's stock price was "extremely high," and Tesla's board's refusal to track his compliance with the SEC settlement, as per a lawsuit filed late Thursday in Delaware Chancery Court, have subjected shareholders to billions of dollars in losses.

A call for comment from Tesla was not immediately answered, as per NY Post. Musk's August 2018 tweet that he was considering taking Tesla private and had "funding protected" for a potential $72 billion deal prompted the SEC settlement.

He and Tesla agreed to pay $20 million in civil penalties to the regulator the next month, and Musk agreed to have Tesla lawyers vet any of his tweets ahead of time. Musk has continued to issue tweets without receiving the necessary advance approval, the shareholder lawsuit said. It wants Elon Musk and the other Tesla executives to pay the company penalties for violating their fiduciary duties.

A fire broke out at Tesla factory in California

Meanwhile, on Thursday afternoon, firefighters responded to a "working fire" at the Tesla plant in Fremont, California. The Fremont Fire Department stated that no staff or firefighters were harmed, CNBC on MSN reported.

The fire was said to have started in a construction area of the Tesla plant. This is Tesla's primary vehicle assembly plant in the United States. In Austin, Texas, the company is currently constructing a second one. Model 3 sedans, Model Y crossover SUVs, and higher-end Model S and X hybrid cars are all assembled in Fremont by Elon Musk's electric car company.