According to a list published on Tuesday, Alibaba's Jack Ma is no longer China's richest man. The Alibaba and Ant Group founder lost his title after his empire underwent scrutiny by Chinese regulators. 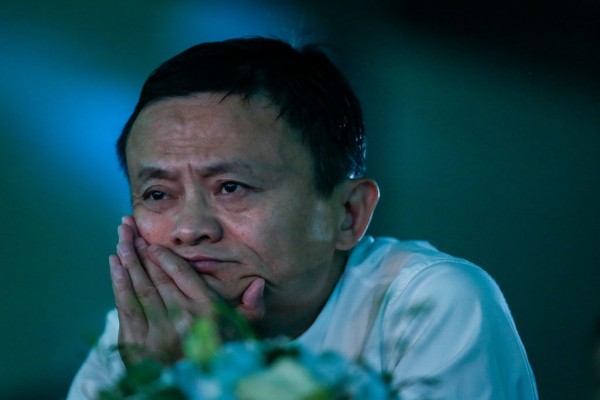 (Photo : Wang He/Getty Images)
HANGZHOU, CHINA - JULY 12: Jack Ma, founder of the Alibaba Group attends the 2017 forum on rural headmasters on July 12, 2017 in Hangzhou, Zhejiang province of China. The twenty rural schoolmasters from western China selected by the Jack Ma Foundation were awarded 500,000 yuan (about US$73,518) each one to support the rural education in China.

The Hurun report said Jack Ma's fall to the fourth spot came after China's regulators threw antitrust issues at the Ant Group and Alibaba. Ma's recent woes were caused by a speech he gave on October 24. He blasted China's regulatory system, leading to the cancellation of his Ant Group's $37 billion IPO just days before it was expected to go public.

Since then, authorities have intensified antitrust scrutiny of the country's tech industry, with Alibaba bearing the burden of the criticism, according to Reuters. In December, the competition regulator opened an official antitrust investigation into Alibaba. Chinese authorities have also strengthened their grip on the fintech sector, demanding that Ant combine some of its companies into a financial holding corporation that would be governed similarly to conventional financial firms.

Alibaba's founder, who is not notorious for staying away from the spotlight, then went missing for three months, prompting a frenzy of rumors over his whereabouts. In January, he resurfaced with a 50-second video appearance.

Zhong, China's new wealthiest person, got to the top for the first time thanks to the stock success of Nongfu Spring and vaccine manufacturer Beijing Wantai Biological Pharmacy Enterprise, both of which he owns.

According to the list, Tencent's Ma's wealth increased by 70 percent year over year to 480 billion yuan ($74.16 billion), while Pinduoduo's Huang's wealth increased by 283 percent to 450 billion yuan. On the other hand, Ma and his family's capital rose by 22 percent to 360 billion yuan. With an estimated personal wealth of $54 billion, Zhang Yiming, founder of TikTok owner ByteDance, broke into the top five rankings among Chinese billionaires in Hurun's Global Rich List the first time.

The highest concentration of billionaires in China

Meanwhile, Zhong Shanshan of Nongfu Spring made his debut on the list with an $85 billion wealth. Last year, Zhong made his money on a $1.1 billion IPO in Hong Kong. According to Hurun, Zhong's first rise at the pinnacle was primarily due to his company's stock price success and vaccine maker Beijing Wantai Biological Pharmacy Enterprise, both of which he owns.

Pony Ma, the founder of Tencent, saw his fortune rise 70 percent to $74.16 billion per Republic World. Huang's fortune rose by 283 percent to 69.53 billion dollars at Pinduoduo. According to Hurun, China produced more than 200 billionaires last year, and the country has added 490 billionaires in the last five years, compared to 160 in the United States. According to the survey, China now has six of the top ten cities with the largest concentration of billionaires, with Beijing leading the list for the sixth year in-a-row.

Read also: You May Have Had COVID-19 Without Realizing It If You Experience These Signs