During his brother Prince Harry and Meghan Markle's tell-all interview with Oprah Winfrey, Prince William was accused of racism.

Prince William: Royal family is not a racist 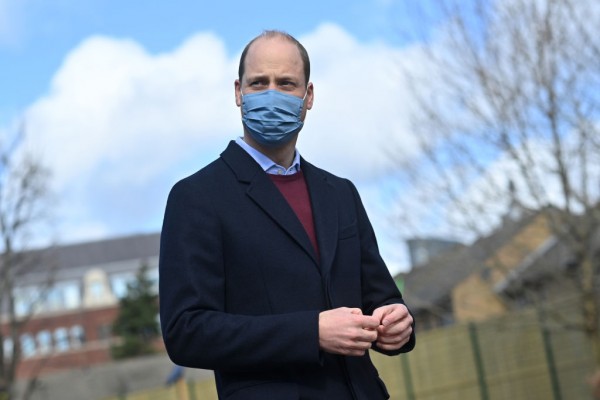 The monarchy was defended by the Duke of Cambridge, who said that his family is "very much not a racist family." During a visit to an East London school, William discussed the explosive interview given to Winfrey by his brother and the Duchess of Sussex, which was broadcasted in the United States on Sunday.

In the wake of the interview, Prince William, who is second in line to the throne after his father, Prince Charles, said he had not yet spoken to Harry. "However, I can do," he said.

The royal family has been rocked by Prince Harry and Meghan's statements, which have sparked worldwide discussions over racism, mental health, and Britain's relationship with its former colonies. As the public awaited the royal family's response, tensions have only increased, as per Fox News.

Meghan, who is biracial, said in the interview that serving as a member of the royal family had made her feel so lonely and unhappy that she had suicidal thoughts. When she was pregnant with their son, Archie, she said Harry told her there were questions and talks about the color of her baby's skin by a royal family member.

Prince William has been the first member of the royal family to comment out about the Duke and Duchess of Sussex's racist allegations raised during an explosive interview earlier this week. The visit is William and Kate Middleton's first public appearance since Harry and Meghan's interview with Oprah Winfrey, which aired in the United Kingdom on Monday night, as per the Independent.

The monarchy has been rocked by reports that a member of the royal family had "conversations and doubts" about Archie's skin color before he was born. When it came to William and Harry's relationship, the younger royal admitted that there was some distance between them but expressed confidence that time would cure all wounds.

Members of the royal family are said to be having "crisis talks" behind closed doors after Palace courtiers "underestimated" the range of allegations leveled against the monarchy by Meghan and Harry. Senior royals have convened crisis talks to put the accusations leveled at the Palace by the Duke and Duchess of Sussex, Express reported.

Courtiers around the Royal Family were awaiting fireworks from the unprecedented interview with Oprah Winfrey, aired in the UK on Monday night, according to royal expert Katie Nicholl. She did say, though, that Palace advisors were not prepared for the intensity of the bombshells issued by Meghan and Harry during the two-hour special.

It came when Andrew Neil of This Morning reported that Queen Elizabeth II had ordered her royal staff not to engage in a slanging match with Meghan Markle and Prince Harry. According to Neil, the queen needs to address the problems raised in the Oprah Winfrey interview behind closed doors, but the Duke and Duchess of Sussex may be hesitant to do so.

"The issues raised, especially that of race are concerning." Buckingham Palace said in a statement released on Tuesday in response to Prince Harry and Meghan Markle's interview with Oprah Winfrey.