Prince Harry said Meghan had rescued him from his family during an interview with US TV star Oprah Winfrey, prompting Minister of State for Pacific and the Environment, Zac Goldsmith, to say he is negatively affecting his own family.

Prince Harry and Meghan' dropped a bomb' on the Palace 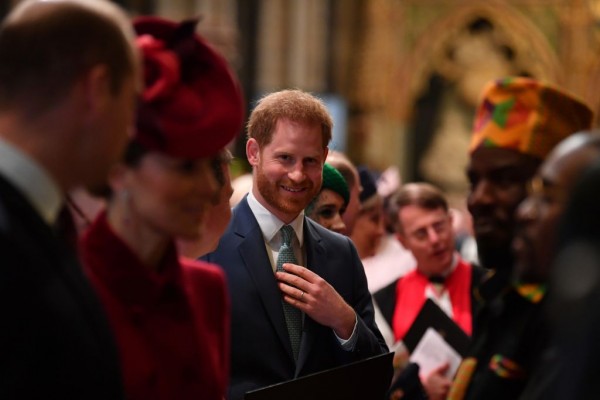 Lord Goldsmith insisted in a tweet that the accusations are directed at Buckingham Palace and royal institutions, and Prince Harry's family. Following their interview, ITV's royal reporter Chris Ship reported the pair had "dropped a bomb" on the Palace.

According to Prince Harry, the royal family cut him off financially in 2020, and he has since relied on the money he inherited from his mother, Princess Diana, the Insider reported. Harry told Oprah Winfrey that he ceased getting financial assistance "in the first quarter of 2020."

According to The Telegraph, Diana left £6.5 million to each of her sons to be kept in trust until they reached 30. Harry's trust drew attention, and when he turned 30, he allegedly got £10 million. Harry, 36, told Winfrey that he believes his mother would be upset by how he and Meghan Markle were handled and would want them to be happy.

Additional funds were most likely inherited from Harry's great grandmother, the Queen Mother, who died in 2002. The BBC reported at the time, Prince William and Harry were leaving £14 million to split, with Harry supposed to gain a bigger share because he would not be afforded the financial rewards of becoming a king one day.

Markle is said to have made $5 million as an actress on "Suits," as well as by endorsement deals and sponsorships. The pair has been mocked for signing multimillion-dollar deals with streaming giants Spotify and Netflix recently.

"This was never the intention," Harry said when Winfrey asked what the pair would say to critics who believe they are all "money-grabbing royals." Markle explained why their charity Archewell must prioritize "storytelling through a truthful side" to combat the disinformation regarding them. Buckingham Palace representatives did not immediately respond to Insider's request for comment.

The royal family cut Prince Harry off financially, he revealed. Fortunately, he relocated to California thanks to funds left to him by his late mother, Princess Diana. Also, Prince Harry announced that after he asked to step down as a senior member of the royal family, his father "stopped taking my calls" for a short time.

It's a side of Prince Charles that many people aren't aware of, according to Omid, who hosts The HeirPod podcast. Prince Harry's encounters would almost certainly affect the Prince of Wales, for better or worse. "I don't think it would really go, or be of any benefit to him," Omid said. "I don't think that will really go, or be of any assistance to him, in his kind of reputation recovery trip that he's been on for the past 20 years, that has already taken a big hit by the fourth season of The Crown."

According to the royal expert, Princess Diana will be proud of Prince Harry for telling his side of the story. Even if the tabloid attention won't go away, the Duke of Sussex might be one step closer to settling down in the United States with his growing family, as per EOnline.