Following Prince Philip's 15th night at the hospital, Camilla, Duchess of Cornwall, said the royal family keeps their "fingers crossed" for the Duke of Edinburgh. Camilla, 73, said Prince Philip, 99, is "slightly improving" but "hurts at times" during a visit to a COVID-19 vaccine center in Croydon, South London, on Wednesday, ITV news reported. 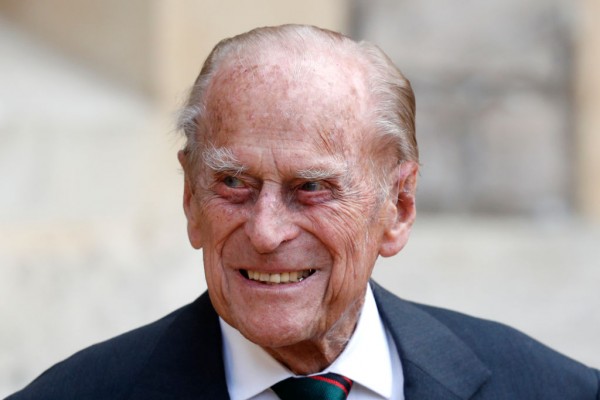 After spending almost two weeks at the nearby King Edward VII Hospital, Prince Philip was transferred to St. Bartholomew's Hospital in London on Monday for "tests and observation" for a pre-existing heart condition and further care for an infection.

According to Buckingham Palace, Prince Philp was "responding to treatment" at the high-tech teaching hospital, which houses one of Europe's biggest specialist heart care centers. The Buckingham Palace statement said that the doctors would continue monitoring him for an illness and examining and observing him for pre-existing heart disease.

The day before, Prince William spoke openly about his grandfather's health as he exchanged a few words with longtime royal photographer Arthur Edwards, who inquired about Philip's health. Prince Charles has been the only royal family member to see Philip in the hospital so far.

On February 20, Charles, 72, was spotted arriving at the King Edward VII Hospital dressed in a grey suit and sporting a face mask to protect himself from the COVID-19 pandemic. The successor to the throne was seen entering the facility from the back door, accompanied by security forces, PEOPLE on MSN reported.

Meanwhile, Queen Elizabeth has kept busy during her husband's hospitalization, following the famous royal mantra of "Keep Calm and Carry On." The British monarch had a video meeting with His Excellency the Hon. Hieu Van Le, the Governor of South Australia, and the Hon. Last week, Steven Marshall MP, Premier of South Australia, heard how the country dealt with the COVID-19 pandemic. In early 2020, the Queen learned of South Australia's recovery from drought and bushfires.

Sculptor Robert Hannaford accompanied them on the call to unveil a new statue of the monarch recently placed on Government House grounds. The Queen, 94, said after seeing the statue that it must be very alarming to see it out of the window immediately - "you'd say, gracious, has she arrived abruptly!"

The Queen's husband will need "care, recovery, and recuperation," raising the possibility that he will be in the hospital while Prince Harry and Meghan Markle's candid interview airs on Sunday. In an interview with Oprah Winfrey, the Duke and Duchess of Sussex are expected to accuse the royal family of "perpetuating falsehoods about us." According to Newsweek, commentators in the United Kingdom have asked for the broadcast to be delayed until Philip has recovered.

The Duke of Edinburgh has been in the hospital for 16 days after being driven to King Edward VII's in London as a precaution. He was treated for an illness at a fertility hospital before being transferred to St. Bartholomew's, a specialist heart hospital run by the National Health Service.