On Monday, President Biden will sign two executive orders to foster gender equality in the United States and around the world in honor of International Women's Day. 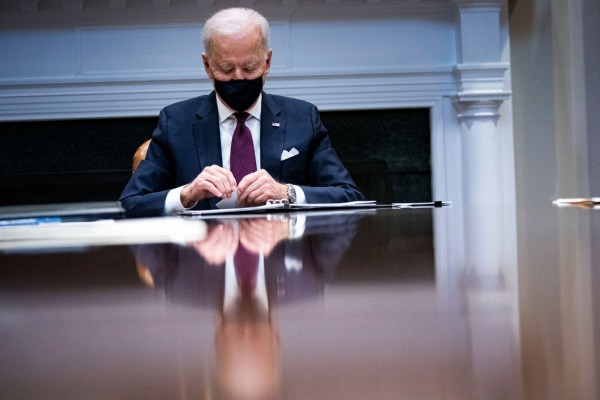 The orders' aim, according to a senior administration official speaking on the condition of anonymity, is to "restore America as a champion for gender equity and equality." The first executive order would establish a Gender Policy Council within the White House. It will reorganize and strengthen an Obama-era office that former President Donald Trump eventually abolished.

The office was known as the White House Council on Women and Girls under former President Barack Obama, as per NPR. To reflect the fact that gender discrimination will happen to people of all genders, an administration official said, the naming change to the Gender Policy Council was intentional.

There will be an emphasis on women and girls, particularly women and girls of color. Given the historical and disproportionate obstacles they face. The COVID-19 pandemic has brought these disparities to light. With women taking the burden of employment losses and childcare responsibilities.

According to The Hill on MSN, the President will also sign an executive order urging the Department of Education to review the Trump administration's Title IX rule. This is to see if it is compliant with the Biden administration's strategy of "guaranteed education free of sexual harassment." The directives will be signed alongside Vice President Harris, the nation's first female vice president, on International Women's Day.

Before their inauguration in January, Biden and Harris declared their intention to form the Gender Policy Council. An administration official said the council would have a significant role in both foreign and domestic policy development. "We know that the full participation of all people, including women and girls across all aspects of our society, is essential to the economic wellbeing, health and security of our country and of the world."

Jennifer Klein and Julissa Reynoso, first lady Jill Biden's chief of staff, will lead the committee, including four other staff members, including a special assistant to the president on gender-based violence two special assistants on gender policy. Combating gender bias and discrimination, the economic stability and opportunity, meeting the concerns of caregivers in the United States, expanding access to childcare, and combating gender-based abuse will all be addressed by the council.

It is expected to engage with the White House coronavirus task force to combat the COVID-19 pandemic and its disproportionate effects on women. According to administration officials, Biden's executive order will sign mandates the council to submit a government-wide plan. To promote gender equity and empowerment in the United States and worldwide and report on its annual results.

The council's responsibilities will include health-care issues, equal opportunity in leadership, and fostering gender equity around the world through diplomacy. According to a fact sheet issued by the White House, the executive order would mandate the council's co-chairs to send to the President a government-wide plan to discuss gender in legislation, services, and budgets, as well as an annual report to assess progress on achieving the strategy.

The council's responsibilities will include health-care issues, equal opportunity in leadership, and fostering gender equality around the world through diplomacy. Based on a fact sheet White House issued, the executive order would mandate the co-chairs of the council to send to the President a government-wide plan to discuss gender in legislation, services, and budgets, as well as an annual report to assess progress on achieving the strategy, as per KITV.