Amazon warehouse employees in Alabama who voted to unionize got the support of an influential executive. President Joe Biden said in a video posted late Sunday that he supports the organizing drive in Bessemer, Alabama without mentioning the huge e-commerce business.

Biden: forming a union is not up to the employers 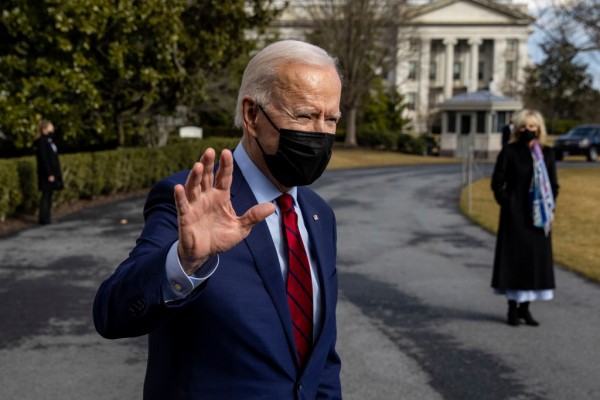 (Photo : Tasos Katopodis/Getty Images)
WASHINGTON, DC - FEBRUARY 27: U.S. President Joe Biden speaks to the media at the White House before he walks to Marine on the south lawn on February 27, 2021 in Washington, DC. President Joe Biden and first lady head to Wilmington, Delaware for the weekend.

The facility's more than 5,800 warehouse employees will vote this month on whether or not to join the Retail, Wholesale, and Department Store Union. The mail-in ballot election is open until March 29 which may result in the United States' first Amazon warehouse union, NPR reported. This will also be a significant achievement for labor organizing in the South, an area where union success is challenging.

Many Amazon warehouses in Europe are unionized, but the firm has resisted unionization attempts in the United States. The last time Amazon employees voted on whether or not to join a union was in 2014 when a group of Delaware technicians voted against it.

Workers coordinating the union drive, according to Amazon officials, do not represent the majority of workers at the Bessemer factory. Amazon's Senior Vice President of Global Corporate Relations, Jay Carney, did not respond to a request for comment by email. Carney was formerly the head of marketing for then-Vice President Joe Biden. He later became President Barack Obama's press secretary.

During union polls, Biden warned that "no intimidation, no coercion, no threats, no anti-union messaging" should be used. "It's not up to an employer" to vote on a union election, he said. During the 2020 elections, Biden pledged to support unions, and a robust jobs agenda was a big part of his platform.

Amazon does not formally oppose labor unions, but it has vigorously resisted attempts by workers at the Bessemer warehouse to create one. It has circulated posters in restrooms, organized meetings to protest about unions, and also launched a website, DoItWithoutDues.com, to argue that a union is needless.

Rachael Lighty, a spokesperson for the company, argues that the company has what unions want: insurance, job development, and compensation that starts at $15 an hour. She goes on to say that the organizers do not speak with the majority of Amazon workers.

Amazon is also alleged to have sought to cancel the vote in Bessemer and force in-person voting, which organizers say would be risky during the pandemic. According to Daily Mail, employees are still mailing in their votes after these measures failed.

The number of Bessemer workers who endorse a union is undisclosed, and the count is due to begin on March 30. To unionize, a majority of the 6,000 workers must vote "yes."

If a majority vote is in favor, the Retail, Wholesale, and Department Store Union (RWDSU) will automatically represent them. But they will only become full members after the union and Amazon commit to a new corporate deal.

'As President Biden pointed out, forming into unions is the safest way for working citizens to defend themselves and their families,' RWDSU President Stuart Appelbaum said in a statement. While Biden had previously resisted addressing the Bessemer efforts to unionize, he developed a pre-organized labor image and played up his working-class experience when running for office.

Biden warns Amazon to keep hands off on Union Drive

Workers in Alabama – and all across America – are voting on whether to organize a union in their workplace. It’s a vitally important choice – one that should be made without intimidation or threats by employers.

Every worker should have a free and fair choice to join a union. pic.twitter.com/2lzbyyii1g

@Twitter
On Sunday, President Joe Biden approached employees in the United States who would soon vote on whether or not to form a union. Though the message was intended for the whole country, it was reported that it is specifically sent to a group of Amazon employees in Alabama. Employees at an Amazon warehouse in Bessemer, Alabama, have started voting via mail to form a union, the largest such effort in Amazon's three-decade history, as per Newsweek via MSN.