Former French President Nicolas Sarkozy was sentenced to three years in jail for graft and power peddling on Monday, but the term was postponed for two years. 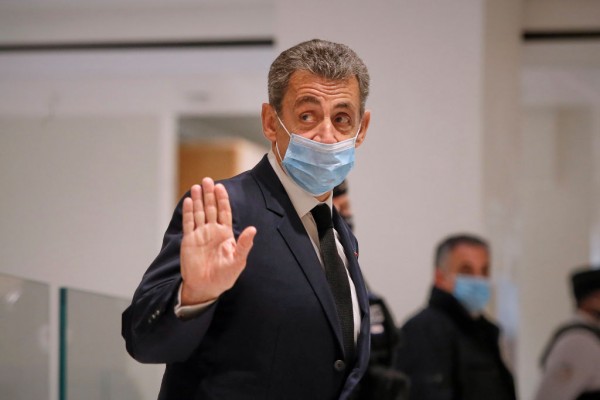 (Photo : Kiran Ridley/Getty Images)
PARIS, FRANCE - NOVEMBER 26: Former French President Nicolas Sarkozy leaves court after the second day of his trial for corruption and influence-peddling on November 26, 2020 in Paris, France. When Mr. Sarkozy first appeared in court on Monday, on charges of corruption and influence-peddling, he became the first French president in modern times to appear in the dock. Prosecutors allege he and a codefendant tried to bribe a magistrate in relation to a separate investigation into his party finances. The trial is scheduled to run until December 10th.

In 2014, Ex-French President Sarkozy was found guilty of failing to unlawfully procure information from a senior judge regarding a pending probe into his campaign finances. He served as President from 2007 to 2012. Sarkozy did not need to spend time in prison, according to the judge. He will complete his sentence at home while wearing an electronic bracelet, CNN via MSN reported.

In modern French history, the 66-year-old is the first president to be sentenced to prison. Sarkozy and his co-defendants, his lawyer Thierry Herzog and former judge Gilbert Azibert were granted a two-year jail sentence and a two-year suspension sentenced by the Paris prosecutor.

Herzog and Azibert were arrested and sentenced to jail. The trial concluded at the end of last year, after a lengthy investigation and legal entanglements. In front of a full courtroom, the judge handed down Sarkozy's sentence Monday afternoon.

The "wiretapping case" started in 2013, when prosecutors bugged Sarkoz and his Herzog's phones as part of an investigation into Sarkozy. They discovered that the two men offered senior magistrate Gilbert Azibert a prestigious position in Monaco in return for information about a pending investigation into accusations that Sarkozy received improper payments for his successful 2007 presidential campaign L'Oreal heiress Liliane Bettencourt.

After her ex, former French President Nicolas Sarkozy, was found guilty of corruption, Carla Bruni wrote on Instagram today, "the fight continues." Sarkozy was sentenced to three years in jail today, with two years suspension and the possibility of being left at home for the third year with an electronic bracelet.

According to Daily Mail, Sarkozy filed an appeal straight away, setting off a new, lengthy legal process. During his appeal, he will be free because no arrest warrant has been released. The appeals process will likely take years to finish.

Bruni, a 53-year-old singer-songwriter, took to Instagram to share her disappointment with the court's ruling. 'What insane relentlessness my love @nicolassarkozy.... The fight continues, the truth will emerge #injustice,' a caption alongside a picture of the pair reads.

Carla Bruni was spotted in Paris not long after her husband was found guilty, and she shared her message on Instagram. It comes after former French President Nicolas Sarkozy was found guilty of corruption and convicted today at the Paris Tribunal for seeking to influence a judge while in office unlawfully.

The conviction, reached after a three-week hearing, is the latest twist in Nicolas Sarkozy's turbulent political career, which included serving as president of France from 2007 to 2012 and being a favorite of those on the right. The prosecution is likely to disrupt any effort by him to return to frontline politics, something he denied but which his supporters have promoted ahead of the 2022 presidential elections.

Read also: Canada Agrees To Coordinate With Australia on Efforts To Make Online Platforms, Like Facebook, Pay for News

On Monday, former French President Nicolas Sarkozy was found guilty of corruption and sentenced to three years in prison, as per Toronto Sun. A remarkable fall from grace for a man who dominated the national and international stage for five years.

However, he is not required to serve any term in jail. Two years of his term were suspended, and Mee said she was open to him staying out of jail for the remaining year if he wore an electronic tag, but another judge must make the decision.