Tesla Conducts New Recall of More Than 130,000 Vehicles Due To Defective Touchscreens

Tesla has started the recalling process of more than 130,000 vehicles with touchscreen defects by sending out notifications via email after years of bickering with regulators. 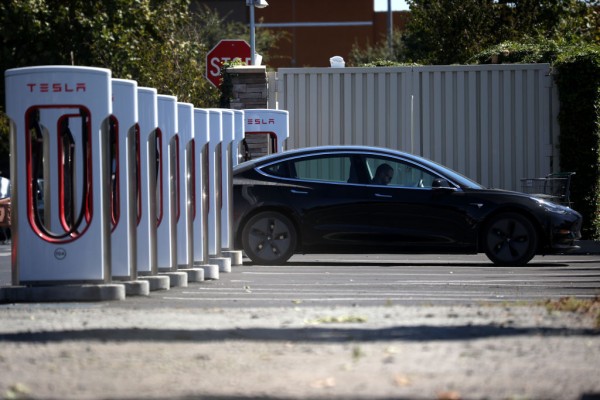 (Photo : Justin Sullivan/Getty Images)
PETALUMA, CALIFORNIA - SEPTEMBER 23: A Tesla car sits parked at a Tesla Supercharger on September 23, 2020 in Petaluma, California. California Gov. Gavin Newsom signed an executive order directing the California Air Resources Board to establish regulations that would require all new cars and passenger trucks sold in the state to be zero-emission vehicles by 2035. Sales of internal combustion engines would be banned in the state after 2035.

The company started notifying owners of the Model S sedan made in 2021 and 2018 and Model X SUVs made between 2016-2018. There are a total of 134,951 vehicles that Tesla will recall. The vehicles' touchscreen systems will be replaced with upgraded parts, as per The Motley Fool.

Electrek first reported the news of Tesla's recall, which obtained a copy of its email sent to the owners. People who own older Tesla vehicles reported problems with the touchscreens that control many vehicle functions.

The touchscreen system is also called "MCUs," which stand for "Media Control Units." The screens can have a slower response over time, freeze up sometimes while underway, and fail in some incidents.

Tesla's email explained that the eight (8) gigabyte MultiMediaCard or eMMC issue built into the MCU could malfunction over time. The company claims it will replace the recalled vehicles' affected MCUs with upgraded units incorporating a 64-gigabyte eMMC. But owners need to wait until the upgraded parts become available, Tesla said.

The National Highway Traffic Safety Administration raised Tesla's recall of Model S and Model X vehicles due to safety concerns. According to the NHTSA's latest report, on March 30, the recall of 134,951 electric vehicles will start.

The federal agency formally requested the recall in mid-January after an upgraded safety investigation was made in November 2020. The investigation found that some of Model S and Model X vehicles "contain defects linked to motor vehicle safety."

On January 29, the agency's report stated that the eMMC controller could wear out in some models, leading to some display malfunctions. The touch screen defects could cause defrost/defog control settings and loss of the rearview camera display, increasing the risk of a crash, as per the report.

Meanwhile, for those who paid for the upgrade, Tesla will share "details regarding reimbursement and eligibility" by the end of March.

According to Newsweek, the email also highlighted Tesla's recently published software update to address most of the functionality problems raised by the federal agency.

But the company warned that vehicles with operating software older than 2020.48.12 and has eMMC malfunctions "may lose functionalities." By trying to complete the update of the vehicle, owners can check its current software release. Besides, they can find help on the company's website.