As the United States braced for possible violence after the Capitol riot, Starbucks decided to close several New York city stores out of concern of potential protests. 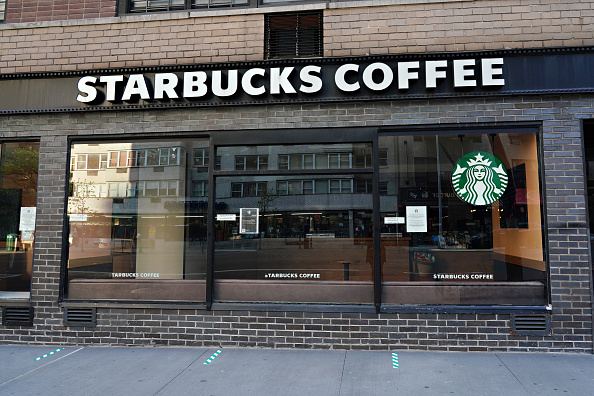 (Photo : Cindy Ord/Getty Images)
Daily Life In New York City Amid Coronavirus Outbreak NEW YORK, NEW YORK - MAY 10: An exterior of Starbucks during the coronavirus pandemic on May 10, 2020 in New York City. COVID-19 has spread to most countries around the world, claiming over 283,000 lives with over 4.1 million infections reported.

On Sunday, the company said in a statement, "Out of an abundance of caution and to keep employee and customer safety top of mind, local leaders made the decision to close selected stores in the Manhattan area due to potential protests happening today."

National Guard troops were assigned to Washington D.C. and state capitals to Albany, New York from Sacramento, California to brace with possible violence in the coming days leading up to President-elect Joe Biden's inauguration.

Protests were being planned across the U.S.by Trump's supporters, law enforcement said. On January 6, after a rally, rioters attacked and ransacked the U.S. Capitol building that led to five people's deaths.

However, according to USA Today, protests appeared to be small, scattered, and quiet as of Sunday afternoon. There have been few, sometimes armed, demonstrators who appeared outside the statehouses in Michigan, South Carolina, and Ohio.

But as of Sunday afternoon, pro-Trump protests appeared to be scattered, small and quiet, with only a few, sometimes armed, demonstrators appearing outside statehouses in South Carolina, Michigan, and Ohio.

When will Starbucks' stores in NY open?

According to Market Watch, Starbucks' spokesperson Jessica Conradson said the Manhattan branches are expected to reopen on Monday. The Seattle-based company explained that temporary closures are due to many people working in the stores living outside of Manhattan, and they might get stuck from getting home if there will be protests that will disrupt transit service.

Some darkened stores put signage saying they are temporarily closed. Although there were no major protests in the state on Sunday, public officials said there are no specific, credible threats to the city that would stem from the election or the violence in the U.S. Capitol. The NYPD ensured it increased security around particular government areas in New York as a precaution. At the state capitol in Alban, the place was quiet despite fears sparked due to warnings of armed protest.

The environs surrounding the New York capital were quiet, though law enforcement radicalized Trump's supporters might arrive and continue to protest regarding the November's election results. According to the San Francisco Chronicle, media reporters and photographers spotted a few counter-protesters who came early Sunday outside the capitol steps.

The FBI Albany field office and Albany police, held a press conference to encourage people to stay away from the capitol as they received unspecific threats o violence planned in the area. Earlier, the FBI alerted Washington D.C., saying demonstrations were being planned at 50 state capitols between January 17 and the inauguration day.