A Virginia town suspended officials who attended Washington events that led to the Capitol riot. 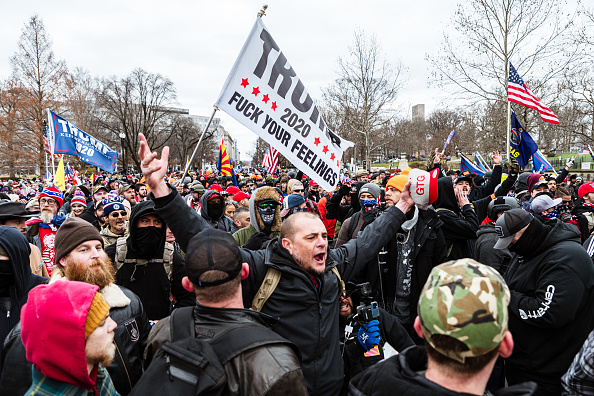 On Wednesday, two off-duty officers from the Rocky Mount Police Department were at the "event" in an apparent reference to a rally by the MAGA group that turned violent. According to the Washington Times, the Virginia town of Rocky Mount stated on Sunday.

"The Town of Rocky Mount fully supports all lawful expressions of freedom of speech and assembly by its employees but does not condone the unlawful acts that occurred that day," it said.

It added that the Rocky Mount Police Department put the two officers on administrative leave. They notified the federal officials that two officers attended the events.

An angry and violent mob of rioters overpowered police and rampaged through the Capitol Wednesday. Five people, including a Trump supporter and a Capitol Police Officer, died in the chaos.

James Ervin, town manager, did not respond to an email asking for further information regarding the town's officers acting in Washington or entering the Capitol during the riot. The Rocky Mount Police Department's non-emergency phone line remained unanswered and did not immediately respond to an email request for added details.

Virginia officers claim they did not do anything wrong

However, one of two Virginia officers, which have been put on an administrative level for attending "events" that lead to the Capitol riot, reportedly said he did not do anything wrong or illegal.

Later, the police officer department released a statement saying two of its officials "are [resent in a Washington D.C. event" on January 6 and were on administrative leave. The authorities did not mention the officers' identity, and Newsweek contacted the force for comment.

On Wednesday, swathes of Trump supporters stormed Capitol Hill and are now being arrested or outed. Robertson first appeared to share the now-deleted photo.

Robertson was seen pointing at Fracker, who holds up his middle finger to the camera while standing in front of John Stark's statue. 10News shared another image showing Robertson's post of the image with the caption: "The Left and CNN are mad because we attacked the government who is the problem and not some random small business."

Robertson told Richmond Times-Dispatch that he and Fracker did nothing illegal and that he had nothing to hide. The paper said that Robertson and Fracker put on paid leave, and the photo was initially sent to other employees in the police department only. However, it leaked to social media when Robertson reposted it on his Facebook page.